PS5 Restock: PlayStation 5 Pre-Orders Listed to Begin in India on May 17 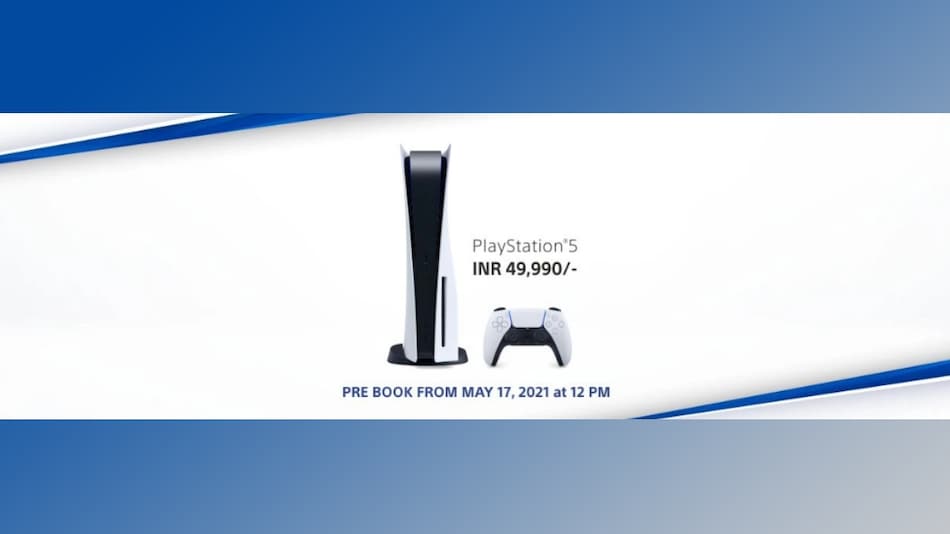 PlayStation 5 restocks are expected soon in India as Sony-authorised dealer Sony Center has listed PS5 consoles for pre-booking starting May 17. Launched in the country back in February, Sony's next-gen console has been in short supply ever since the first batch of consoles sold out in minutes when pre-orders started in January. The PS5 comes in two models — standard edition and Digital Edition. The former is the only model Sony has made available to Indian customers for now.

The Sony Center website has put up a banner that announces the pre-order details for the PS5. It shows that customers can pre-book the console starting May 17 at 12pm (noon). The standard edition will be up for grabs — no surprises there — at Rs. 49,990. There's no information on when shipping is expected to begin.

The PS5 Digital Edition was also reportedly listed for pre-orders starting May 17 on the Sony Center online portal late on Tuesday. However, at the time of writing, Gadgets 360 couldn't spot a listing for the Digital Edition on the website.

It should be noted that at the time of writing, the next-gen console hasn't been listed for pre-orders on other leading online portals such as Amazon, Flipkart, and Reliance Digital.

It is also important to note that Sony Center is a third-party retail partner of Sony. So, the pre-order availability of the PS5 should not be considered as an official restock update from the manufacturer.

Earlier this month, Reliance Digital reportedly listed the PS5 to be in stock and accepted orders from customers. However, several users soon started reporting that their orders were cancelled, with refunds being issued by the online retailer.

When the PS5 went up for pre-orders for the first time in India back in January, the console was sold out within minutes. Ever since, there has been an acute shortage of PS5 stocks in India and several other countries around the world. Earlier this week, Sony warned a group of analysts that the PS5 will remain in short supply through the next year. Sony said while reporting its financial results that it had sold 7.8 million units of the PS5 through March 31. It also said that at least 14.8 million units are targeted to be sold in the current fiscal year.

For now, customers will have to wait and see whether other Indian sellers also put the PS5 up for pre-orders starting May 17.