Battlegrounds Mobile India was announced in the first week of May and went up for pre-registrations on May 18. 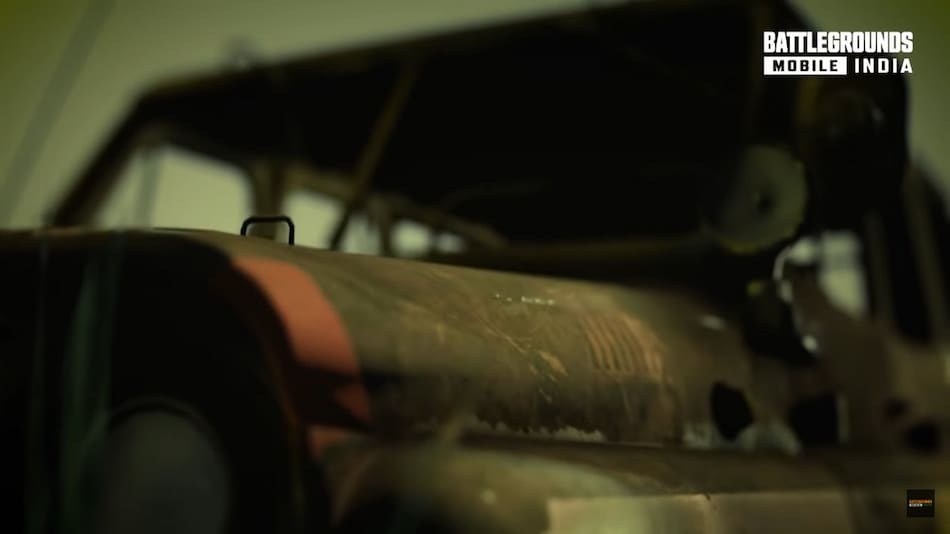 Battlegrounds Mobile India does not have a release date yet

PUBG Mobile popularised the battle royale genre for mobile gamers and brought the highly popular Erangel map. It is a large map with different terrains, locations, and gameplay opportunities. To traverse this large map, there are a number of vehicles that can be found randomly in the game. One of these vehicles is a jeep called the UAZ. It can seat four players at a time which means a squad can use one UAZ to get across the map quickly. The UAZ has now been teased for Battlegrounds Mobile India, along with the Erangel map. Check out the teaser below.

Interestingly, the teaser spells the map name as “Erangel” and not “Erangle” that was expected to be the new name from a previous teaser that showed a postcard with “Erangle” on it. This change in name was expected to be one of the subtle differences that will be present in Battlegrounds Mobile India but it now seems that is not the case. If the Erangel map has the same name and spelling in Battlegrounds Mobile India, the previously teased smaller 4x4 map can also be expected to have the same name — Sanhok.

Krafton has still not shared a release date for Battlegrounds Mobile India but speculation suggests the game will be playable from June 18 in the country. This date puts the release of the game exactly a month after it went up for pre-registrations on Google Play store. However, since the developer has not shared an official release date, fans will have to keep waiting.

Battlegrounds Mobile India has essentially the same gameplay as PUBG Mobile with some India-specific tweaks. PUBG Mobile was banned in India last September along with 117 other apps. Since then, developer Krafton has been struggling to re-launch it in India, seeing as how popular the battle royale genre became in the country.