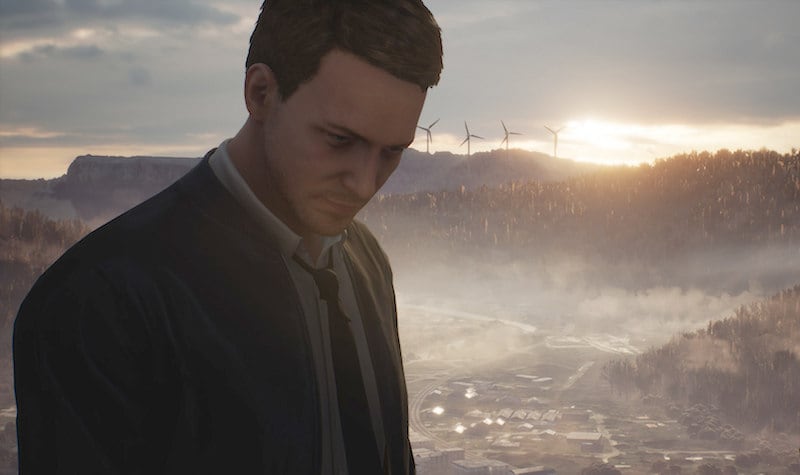 During the PlayStation Countdown to E3 2018 event, Vampyr and Life is Strange developer Dontnod revealed Twin Mirror. It's a new PS4 game that's billed as a psychological thriller. Bandai Namco is the publisher and Twin Mirror is set for a 2019 release date. The game takes place in Basstown, West Virginia, you'll don the role of Sam who has returned home to attend the funeral of his best friend. While recovering from a heavy break-up, Sam finds himself dejected and downtrodden as he interacts with former friends in his hometown. Things take a turn for the gruesome when Sam wakes up in his hotel room with a shift covered in blood. He has no recollection of the night before, making for a game that seems similar to Silent Hill and Indigo Prophecy.

As per the game's trailer Twin Mirror has a photorealistic style akin to Vampyr rather than Life is Strange, making for a darker game.

In a post on the official PlayStation blog, Cyrus Wesson, Community Specialist for Bandai Namco said:

"An exciting, story-driven adventure game, Twin Mirror is a compelling journey that explores the elements of choice and hypocrisy, while paving a players’ way toward the conclusion of their investigation."

"Truth, duality, and polarity will all become factors as players dictate their future through personal choices, while investigating the town the protagonist calls home."

"Twin Mirror is a psychological thriller wrapped around an investigation where your memories, choices, and relationships will determine Sam’s complicated fate. As he comes to terms with heartbreak, homecoming, and the perpetual struggle of adulthood, Sam will need your help exploring a dark and emotional adventure where the line between truth and deception is blurred."