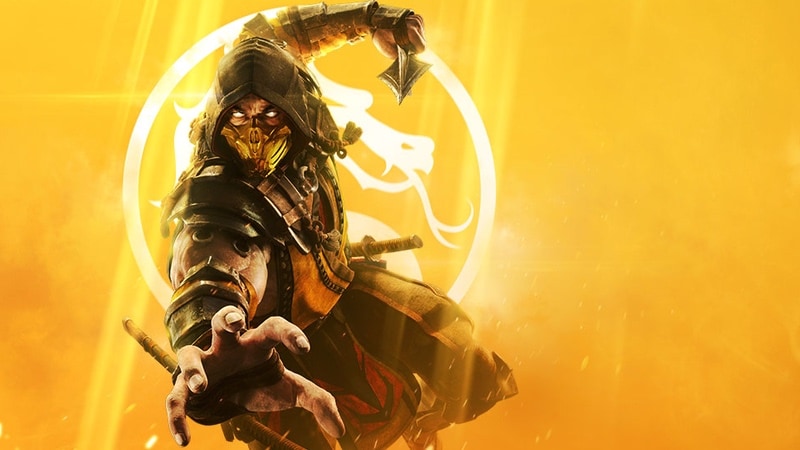 Mortal Kombat 11 rounds off what's essentially a new trilogy of fighting games featuring ninjas, the undead, and gods aplenty. There's more of everything that made Mortal Kombat 9 and Mortal Kombat X so likeable along with some features that were present in developer NetherRealms' other fighting game, Injustice 2. However, somewhere along the way, Mortal Kombat 11 appears to have picked up some disturbing features in way of mercenary micro-transactions and loot boxes aplenty.

2015's Mortal Kombat X debuted easy to use Fatalities, which we felt was a move that commoditised one of its best features. Mortal Kombat, 11 on the other hand, doubles down on every monetisation tactic used in big budget video games since this generation began.

There are player titles, consumable items, new character masks, intros, armour buffs, match assists (that allow you to summon other characters or cast spells on opponents in a match), different Fatalities, taunts and a whole lot more that you can spend real money on. That's not even counting the Mortal Kombat 11 Season Pass that adds more playable fighters.

The Mortal Kombat 11 store is replete with these items to purchase. While developer NetherRealm says that they won't be pay-to-win, the sheer width and breadth of gear up for grabs is disturbing when you consider that Mortal Kombat 11 is a premium, big budget, Rs. 3,499 game ($60 in the US) — and not a free-to-play title like say, PUBG or Warframe.

To make matters worse, there's a slew of in-game currencies as well. Time Krystals are Mortal Kombat 11's premium cash. From Rs. 416 to Rs. 3,300 for various quantities, you'll need them if you want all of what Mortal Kombat 11 has to offer.

Time Krystals on their own aren't that egregious. But when you count Hearts, Souls, and Koins — currencies needed to craft specific gear pieces — you soon feel like the in-game economy of Mortal Kombat 11 does little to acknowledge or respect the fact that you've paid full price for this game.

These are bad enough on their own, but Mortal Kombat 11 takes it into the deep end of over-engineered in-game monetisation with the Krypt. Here's you'll navigate an island belonging to series baddie Shang Tsung and open treasure chests which contain gear to use in battle as you walk through its many environments. Or as we called it in our Mortal Kombat 11 review, a mode that essentially revolves around "loot box unlocking", which is what it is.

You'll use the aforementioned Souls, Koins, and Hearts to make your way through the Krypt's many locales too. There's a different value of these currencies on each chest and you aren't told what the odds are of getting what you want nor is it even hinted at. The lack of transparency turns them into digital slot machines, with an incredible amount of luck needed to get gear you'd like.

And speaking of transparency, this is in sharp contrast to what series co-creator Ed Boon said prior to launch. In an interview with Game Informer, Boon stated that Mortal Kombat 11 would not have any loot boxes.

Evidently Boone was being economical with the truth. Mortal Kombat 11 doesn't just have loot boxes, the Krypt is basically a game mode dedicated to loot boxes and perhaps the closest the series will get to having an in-game casino.

Granted some may argue that this is all peripheral to the main event — Mortal Kombat 11's exceptional moment to moment gameplay and they're not wrong. Yes, Mortal Kombat 11's gameplay is fantastic. But when you think about how NetherRealm has focussed on customisation of characters in such a huge way, allowing you to tweak their moves and look, it's pretty obvious that fighter customisation was built from the ground up with nickel and diming fans out of more money for a game they've already paid for. And this even before we take into account how much you'd need to grind before you get the gear you want.

At its core, Mortal Kombat 11 is a fun modern fighting game. It's just tragic that it's saddled with monetisation methods that are better left to free-to-play mobile games instead of big budget console and PC releases.