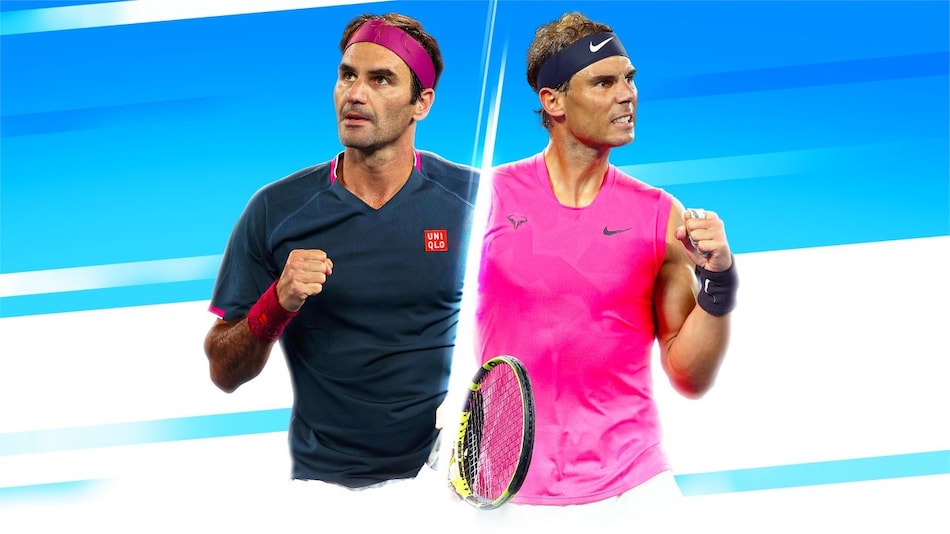 Tennis World Tour 2 allows you to “cheat” at the game, which feels like it's missing the point. Just like the 2018 poorly-received original, Tennis World Tour 2 features a variety of “skill cards” that can be activated during matches, allowing you to boost your player's values or even affect your opponent's attributes for a limited time. You can reduce their shot or serve precision, while improving yours. Moreover, these skill cards are found in packs that you must buy with in-game currency, just as with FIFA Ultimate Team. At least you can't buy in-game currency this time around, unlike the microtransactions model present in the first Tennis World Tour game.

Still, it's terrible game design — and worse, it's entirely unnecessary. Just look at FIFA. EA Sports discovered that most players never made use of “training items” (found in Ultimate Team packs), which worked in a similar manner to Tennis World Tour's “skill cards”. And after years of player feedback, EA is finally getting rid of them in FIFA 21. There's no need for Tennis World Tour 2 to continue with an outdated model. You could simply ignore the entire system, but naturally there's no getting around it when you're up against the AI or even other humans online. Tennis World Tour 2 doesn't allow you to disable skill cards either, no matter what game mode you're playing.

Speaking of game modes, Tennis World Tour 2 also offers doubles tennis this time around, which was missing from the original game. It's a lot of fun, especially to see how quickly AI players react to each other's shots. Four human players can play locally on the same device, or two players on two different machines online. Weirdly, you can't connect four consoles or PCs together on Tennis World Tour 2. That's not the only change. Tennis World Tour 2 also boasts of a new game engine, developed by Melbourne-based Big Ant Studios — also behind AO Tennis 2 and Cricket 19 — which takes over from Tennis World Tour maker Breakpoint Studio. It claims to offer double the character animations, better visuals, and overhauled gameplay.

But despite all those claims, the Tennis World Tour 2 engine just doesn't have the fluidity of other AA sports games. Heck, it can barely even match what's offered by made-by-the-fans efforts such as Tennis Elbow 2013. Movement doesn't feel natural as players seem to snap from one position to the next, instead of running like humans do. It all feels a bit rigid. There still seems to be a lack of animations as the world's best players — the likes of Rafael Nadal and Roger Federer are included on Tennis World Tour 2 — are nowhere as superhuman as their real-life counterparts. You can't slide across the court or attempt a last-ditch lob, because the animation doesn't exist.

Instead, many a time frustratingly, Tennis World Tour 2 would seemingly pre-decide that the ball had passed us and wouldn't even let us swing our racquet. Our player would just stand there dumb as a dodo and let the ball go around them or sometimes even hit them. At other times, the player wouldn't swing their racquet even though the ball was within their reach, simply because we hadn't moved the left stick in the direction the ball was coming from. Even the way the ball itself moves in the air doesn't have the natural feel of a real-life tennis ball. It simply zooms across the air with little to no friction — there's no wind factor in Tennis World Tour 2 anyway — and its trajectory and arc isn't impacted by what part of the racquet it hits. All that's to say that it feels very artificial.

Where Tennis World Tour 2 does feel more lifelike is in how crucial timing is. As anyone who's ever played tennis can attest, it's a game of fractions. Hit the ball half a second earlier or later, and that makes all the difference. Tennis World Tour 2 sows that ethos deep into every aspect of the game. With shots, you must give your player enough time to swing their racquet, which naturally changes depending on the speed of the ball. That means you must press the button of choice — flat shot, top spin, slice, or lob — before the ball reaches you. And if you're looking to add power, by holding down any of the buttons, you've to start even sooner, sometimes as the ball is going towards the other side.

It took us a fair bit of time to get used to that concept and subsequently the mechanic. Thankfully, Tennis World Tour 2 has a built-in timing trainer — “too soon”, “good”, “perfect”, or “too late” — that appears over your player every time you hit the ball and tells you how you're doing. Still, a lot of our shots would be late, more so when squaring against top players who have a better percentage of delivering high-powered shots that give you less time to react.

This also applies to serves, which make use of an all-new system on Tennis World Tour 2. You've to time two different components: the ball toss and the racquet swing. With the toss, you can opt to go “safe” (button press) or push for more accuracy (button hold). The next step requires you to hit the ball at its maximum height. These in turn decide how close the ball will land to the selected position, and how much power there will be behind it. Again, the timing trainer applies to your serves too, letting you know if it's too weak, “max power”, or just fine.

While these additions are welcome, Tennis World Tour 2 is still missing some tiny but helpful gameplay tweaks. The receiver's court position is one of those things that is crucial to a tennis player's strategy, whether they like to play from deep behind the baseline or push their opponent to play quicker, depending on how defensive or aggressive they are planning to be. But the game resets your receiving position, forcing you to readjust yourself on every serve. This is the kind of thing Tennis Elbow 2013 understands. It remembers your position by both first and second serve, which is very helpful as it lets you focus on the game, once you've adjusted to your opponent's serve.

Options are similarly limited in the improved Career mode on Tennis World Tour 2. As you progress and level up, you will earn skill points that can be assigned to either “attack”, “defence”, or “precision”. Those categories are too broad. For what it's worth, you can also improve your player by spending the in-game currency you earn (by playing) on buying new equipment such as licensed racquets or creating your own customised racquet by picking the frame, strings, the handle, vibration dampener, and so on.

In Career mode, in addition to the game's basic difficulty choices (very easy, easy, normal, hard, or very hard), you also have to pick career difficulty: “futures”, “challenger”, “worlds”, or “grand slam”. This decides how long the matches you play are (number of sets and number of games per sets) and whether they can be replayed. You can also (randomly) get injured in Career mode while in a match. Tennis World Tour 2 allows you to play through it but we ended aggravating the injury further.

Outside of the Career mode — and the expected singles and doubles exhibition — Tennis World Tour 2 allows you to create your own tournaments as well. The licensed ones (Roland-Garros and Tie Break Tens) are part of the Tennis World Tour 2 season pass known as “Annual Pass”, which also brings in licensed stadiums (five at launch from Paris, Madrid, and Halle) The base game costs around Rs. 3,000 and the Annual Pass is available as part of Tennis World Tour 2 Ace Edition, which comes in around Rs. 4,000. It's a shame that licensed stuff is locked behind a second paywall, though for what it's worth, the Annual Pass will give you more content and players after release. There are 36 players at launch, with two more — Gustavo Kuerten and Marat Safin — available to those who pre-order.

Ultimately, Tennis World Tour 2, with its steep learning curve and stocky animations, is a game that will largely appeal to the hardcore tennis fan. It's nowhere at the level it needs to be, but it's also operating in an environment without any competition. That's why despite the disaster the 2018 original was, it was still funnily enough the only choice when tennis competitions looked to virtual choices during the global lockdown. While footballers were duking it on FIFA's polished pitches, the likes of Andy Murray tuned into Tennis World Tour.

A game that its developer acknowledged was only 20 percent complete when the publisher Bigben Interactive pushed the release button because it had to capitalise on the incoming French Open. That's also the case with Tennis World Tour 2 — the game is out Tuesday in the US and Thursday elsewhere, and Roland-Garros begins Monday — but the sequel is in a much better shape as it storms out of the gate. Hopefully, Big Ant can put work out the problems as new content rolls in. Or maybe the third time will be the charm, if Tennis World Tour 3 ever gets made.