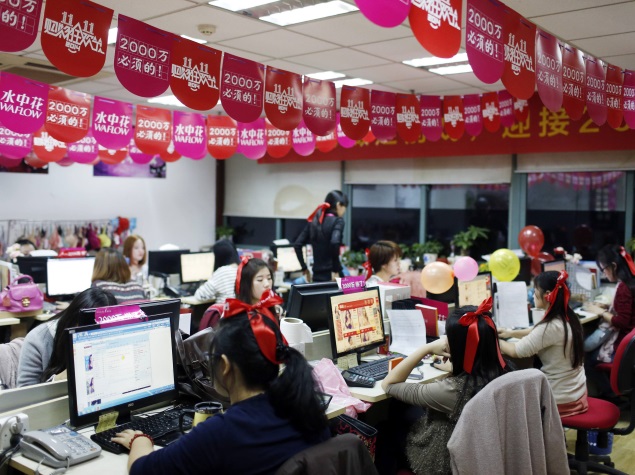 Asia is set to surpass North America to become the world's largest e-commerce market this year, according to the Economist Intelligence Unit (EIU).

According to a report in Beijing by the EIU Tuesday, an advisory company under the Economist magazine group, it is estimated that retail sales in Asia will grow by an average 4.6 percent on a volume basis to $7.6 trillion (roughly Rs. 4,85,10,800 crores), compared with 2.5 percent in North America and 0.8 percent in Europe in 2015.

The report comes in the backdrop of huge demand for e-commerce generated in China by platforms like Alibaba which is picking up at a rapid pace in India.

The two countries together account for about three billion people.

The EIU report is based on a survey of 5,500 women across major cities on the Chinese mainland, Hong Kong, Taiwan and Macao, as well as countries including India, Japan, Singapore and the Republic of Korea.

Among the survey respondents, 43 percent were in managerial, executive or professional services jobs.

Nearly half of the women agreed or strongly agreed that they preferred online to in-store shopping.

The proportion on the Chinese mainland was as much as 69 percent. Sixty-three percent of those polled browsed the Internet at least once a day for products and services, with nearly 30 percent doing so twice or more per day.

When choosing an online retailer, price and quality were the main factors considered, followed by genuine products and convenience.