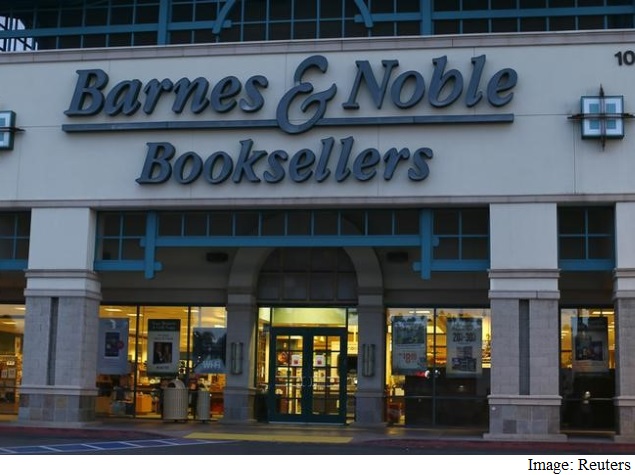 When Microsoft invested $300 million in Barnes & Noble's Nook division in 2012, it appeared that the last big brick-and-mortar bookstore chain had found its savior.

Since then, Microsoft's investment has withered along with the Nook business.

On Thursday, the two companies parted ways, with Barnes & Noble buying out Microsoft for about $120 million. In just over two years, the Nook business has lost more than half its value.

The Nook, which once looked like Barnes & Noble's best shot at adapting to the digital retail landscape, has become a drag on its bottom line. Barnes & Noble reported on Thursday that revenue for the Nook segment in the most recent quarter fell 41 percent, to $64 million (roughly Rs. 395 crores), compared with the period last year. Sales of ebooks and other digital content fell 21 percent, to $45 million (roughly Rs. 277 crores).

A few months ago, the bookseller announced plans to separate its struggling Nook unit from the retail business and split into two distinct companies - one made up of its retail stores and website, and the other housing its college bookstores and Nook unit. Barnes & Noble said on Thursday that the split could take place by the end of August 2015.

During a conference call with investors, Michael P. Huseby, Barnes & Noble's chief executive, said that ending the company's partnership with Microsoft would help clear the way for the separation, and possibly attract new investors in the Nook. "This transaction gives us the flexibility to bring in a substantial partner in Nook," he said.

A Microsoft spokesman said, "As the respective business strategies of each company evolved, we mutually agreed that it made sense to terminate the agreement."

Some analysts said that reacquiring Microsoft's stake in Nook could help Barnes & Noble redefine itself.

"Investors have a problem with Barnes & Noble at the moment, which is, are you a retailer, are you a technology company, or are you a college bookstore company?" said John Tinker of the Maxim Group. "It's a very complicated situation, and clearing up things with Microsoft begins to simplify things."

The bookseller has been struggling for a while, and those troubles aren't letting up. For the quarter that ended Nov. 1, Barnes & Noble posted a 2.7 percent decline in revenue, to $1.69 billion, from the year-ago period. It reported a profit of $12 million (roughly Rs. 74 crores), or 12 cents a share, down 7 percent. Earnings before interest, depreciation and amortization fell to $68 million (roughly Rs. 419 crores), compared with $76 million (roughly Rs. 469 crores) a year ago.

Store closings in recent years have left the company with a base of 658 retail stores. A shrinking store footprint probably drove down sales at the company's retail unit, which fell 3.6 percent in the quarter.

Shares of Barnes & Noble were down 5.4 percent on Thursday.

In the face of declining annual revenue, Barnes & Noble has been experimenting with new strategies. This summer, in an effort to compete with Amazon's delivery service, Barnes & Noble began teaming with Google Shopping Express in a handful of cities to offer same-day delivery for books and other products. The company also teamed up with Samsung, which is manufacturing its new Nook devices. Last month, it introduced a print-on-demand service for aspiring authors, to claim a corner of the growing self-publishing business.

The retailer has also taken new steps to drive foot traffic in its retail stores this holiday season, after two years of declining holiday sales. To draw in book lovers and shoppers for Black Friday, Barnes & Noble stocked up on 500,000 signed copies from 100 prominent authors.

Mitchell S. Klipper, the chief executive of the company's retail group, said during the conference call that retail sales had been buoyed by some overall positive trends in the publishing industry, including the growing market for young adult books, and the modest growth in print sales.

Publishers' revenue rose 4.4 percent in the first eight months of this year over last year, though the young adult category jumped 25 percent, according to the Association of American Publishers.