US-based Zoho Corporation, which provides an online suite of apps for businesses, has seen its services disrupted since Wednesday.

On the Zoho blog, Vijay Sundaram the ‎Chief Strategy Officer at Zoho Corporation wrote on Sunday that its services were specifically targeted with the intention to disrupt services using a distributed denial of service attack (DDoS), which overloads servers with dummy requests.

"Our teams have been working nonstop over the last 72 hours with various counter measures," wrote Sundaram in his latest status update. 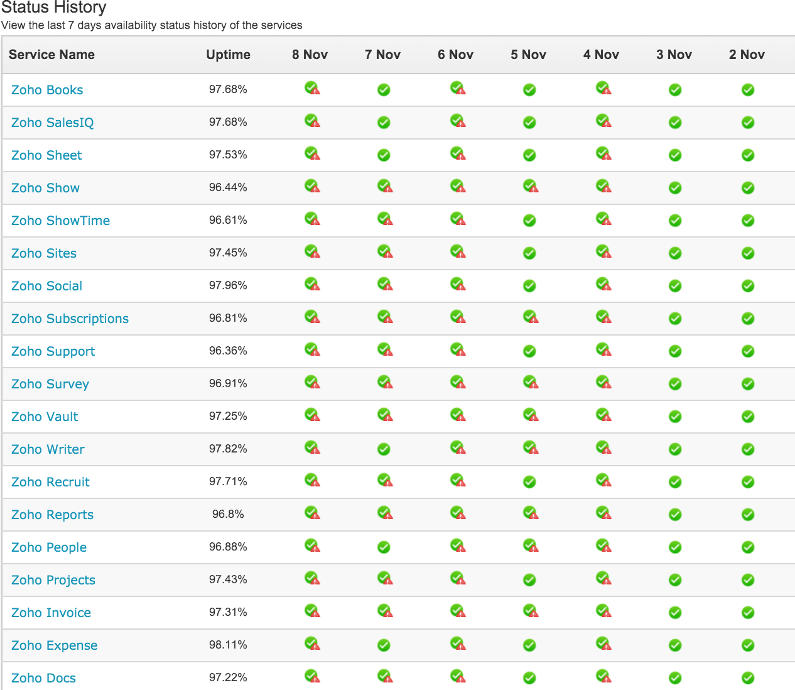 Six of its services - Zoho Connect, Mail, Projects, Sheet, Showtime and Support are down at the time of writing, according to its Status page. Customers have complained about lost business on Zoho's Facebook page, where the company has apologised for the downtime.

Zoho said that while access to its apps were affected, user data was not compromised. Gadgets360 has reached out to the company's spokespersons for a comment.

Founded by Sridhar Vembu in 1996, Zoho is one of the pioneers in the SaaS (software as a service) space. The self-funded company offers over two dozen apps for businesses, and runs its development, sales and support operations in Chennai India.