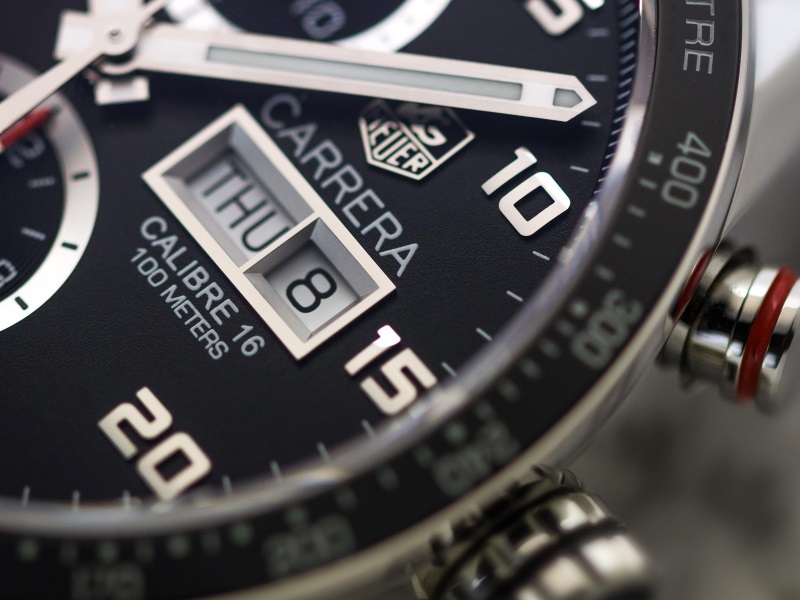 Luxury Swiss watchmaker Tag Heuer will this week launch a smartwatch aimed at taking on the Apple Watch, but with an asking price of $1,500, the company chief said in an interview published Sunday.

Three days later, the new watch will come to Europe.

"Our watch will have almost the same functions as an Apple Watch, but I don't want to divulge too much," he said.

Tag Heuer has joined forces with technology behemoths Google and Intel to develop a connected watch able to claw back some market share from Apple, which has shipped millions of its smartwatches since launching six months ago.

"The Carrera Connected is an exclusive, luxury watch," he said.

Biver, an industry legend who also leads the watch division of Tag Heuer's owners LVMH, insisted that he does not consider Apple a direct competitor.

"We are not Apple. We are a watch brand. I forbid my colleagues to say Apple is our competitor," he told the paper.

He acknowledged that the two companies were engaging in "similar work", but stressed Tag Heuer had no interest in selling millions of connected watches.

For its New York launch on Monday, the brand will make nearly 1,000 of the connected timepieces available, he said.

The new Tag Heuer watch is based on the brand's Carrera classic model, Biver said, insisting that at a distance the two could not be told apart.

But like the Apple Watch, the Carrera Connected is able to connect wirelessly to a user's mobile phone to provide a range of functions, Biver said.

"It does not just count your steps or take your pulse," he added.

Buyers will be able to choose between six brightly coloured wristbands, and the appearance of the face of the watch can be modified just like the screen on a mobile phone, he said.