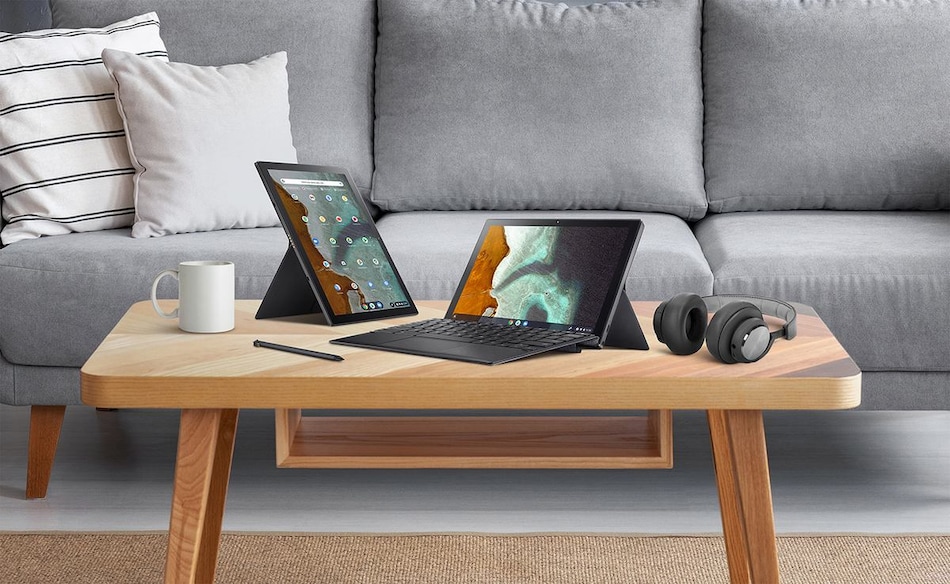 Asus Chromebook Detachable CM3 sports a 10.5-inch (1,920X1,200 pixels) LCD display with a 16:10 aspect ratio and 320 nits display brightness. It also features stylus support that is housed within the Chromebook itself. It is powered by an octa-core 2GHz MediaTek 8183 processor coupled with Arm Mali-G72 MP3, 4GB of LPDDR4X RAM, and up to 128GB eMMC onboard storage.

The detachable keyboard attaches to the Chromebook via POGO pins and doubles up as a case/ cover. It also features a detachable fabric-covered rear with a dual-hinged inbuilt kickstand that works in both portrait and landscape formats. Asus Chromebook Detachable CM3 features an 8-megapixel camera on the back as well as a 2-megapixel camera at the front for selfies and video calls.

Connectivity options on Asus Chromebook Detachable CM3 include a 3.5mm audio jack and a USB 2.0 Type-C port. The Chromebook packs a 27Whr 2-cell Li-ion battery that can be charged using the Type-C port or through the 45W AC adapter. It measures 25.54x16.72x0.79cm and weighs 510 grams.