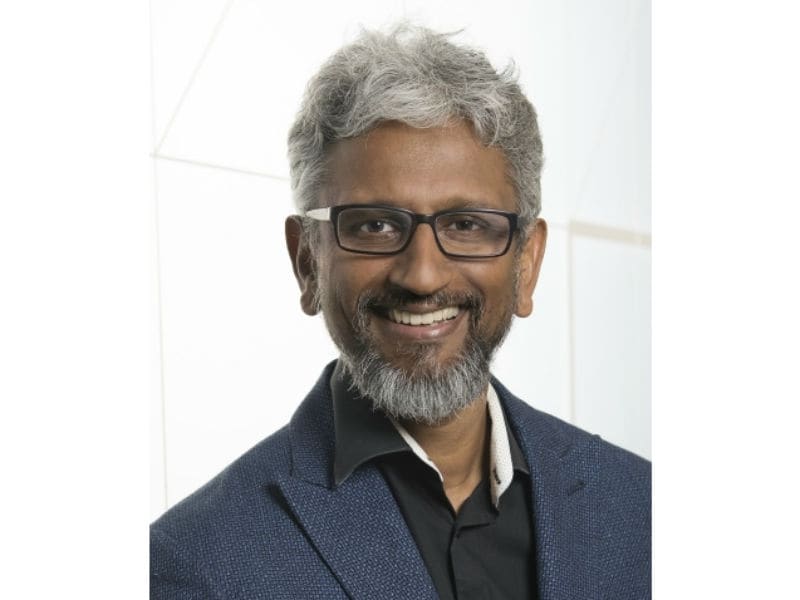 Raja Kodouri, the former Senior Vice President and Chief Architect of AMD's Radeon Technologies Group who resigned from the company yesterday, will be joining Intel to lead a new effort to develop discrete GPUs. The news comes just a few days after Intel and AMD jointly announced an effort to develop a new 8th Generation Core CPU for thin and light notebooks with a licensed semi-custom AMD GPU integrated onto the same package. Koduri was in fact officially on sabbatical for the past month, however he announced his resignation yesterday and posted a teaser about an exciting new position on Twitter.

Koduri will be an Intel Chief Architect, Senior Vice President of a new Intel divisioin called the Core and Visual Computing Group, and General Manager of a further initiative to drive "edge computing" solutions for optimizing communication between IoT clients and data centres. He will lead efforts to develop GPU technology not only for traditional graphics applications, but also in the areas of AI, deep learning and autonomous computing. Incidentally, Koduri also changed his Twitter name to @Rajaontheedge, indicating his new focus.

It will be a massive understatement to say that I am beyond excited about my new role at Intel. I haven't yet seen anything written that groks the magnitude of what I am pursuing. The scale of it is not even remotely close to what I was doing before. Will say more when ready!

Rumours of Intel using AMD's graphics technology first began swirling late last year, indicating that the two companies have been cooperating for quite a long time. It was also speculated that Intel would simply buy the entire Radeon Technologies Group from AMD. Given the state of cooperation between the two companies, it is not certain whether Koduri's jump is the culmination of these events or just the latest turn in a continuing story. It is also unknown whether AMD will consider his work at Intel a violation of its own intellectual property.

Intel pioneered the integration of graphics capabilities first into motherboard chipsets and then into CPUs themselves, but it hasn't been able to develop a GPU powerful enough to compete with Nvidia or AMD's top-end offerings in the discrete space. The highly anticipated Larrabee graphics product wound up being cancelled in 2010 and turned into an accelerator for parallel processing workloads. This would now seem like a target that is within reach for the world's largest CPU maker. Aside from AMD, Intel will also be competing with Nvidia, which has had considerable success over the past few years both on the PC graphics side and in the fields of AI, autonomous driving, and visual computing.