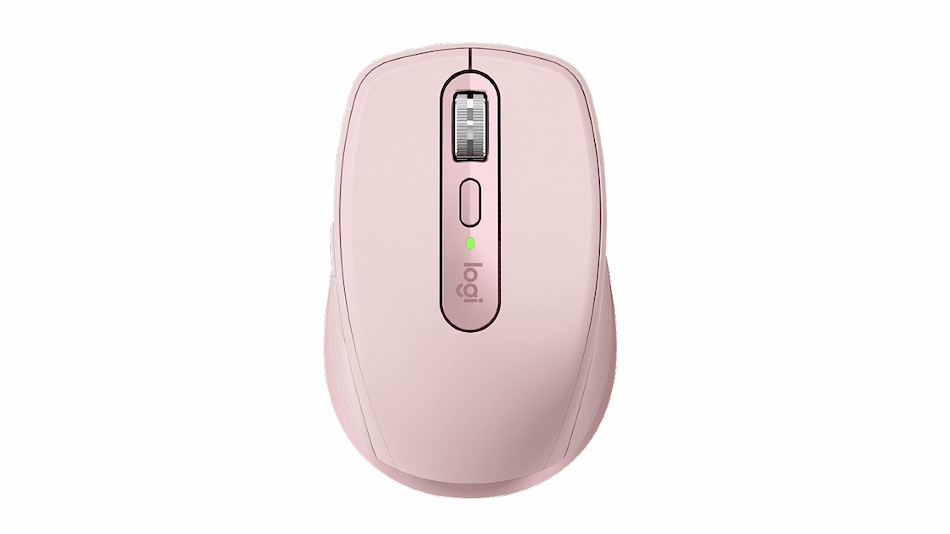 Logitech MX Anywhere 3 mouse was launched Monday, and its biggest USP is that it has customisable side buttons with presets to control camera and mic settings during video calls. As per the company, the MX Anywhere 3 (which works on Windows, Mac, Chrome OS, and Linux) and MX Anywhere 3 for Mac (specifically optimised for the platform) wireless compact mice are ideal for advanced creators, developers, and analysts on-the-go. The mouse is priced at $79.99 (roughly Rs. 5,900) and features a 4,000 DPI sensor. The MX Anywhere series of wireless mice is meant to work across different environments and connect with multiple devices at once.

The Logitech MX Anywhere 3 mouse scrolls up to 1,000 lines per second and boasts of the next-generation MagSpeed metal scroll wheel. MX Anywhere 3 comes in three colours - Graphite, Pale Grey, and Rose - while MX Anywhere 3 for Mac is available in pale grey. Logitech says the mouse has a low-profile, comfortable design that fits well for small hand sizes.

The compact Logitech MX Anywhere 3 mouse auto-shifts between ratchet and hyperfast mode, providing the highest precision in a compact mouse, as per the company. It also lets you customise scroll force in Logitech's software, which will increase or decrease the number of lines you feel while scrolling in ratchet mode. Logitech says that the wireless mouse is built to track on virtually any surface, including glass, with its Darkfield sensor tech.

You can connect up to three devices via Bluetooth wireless technology or the USB dongle that comes included with the mouse, and, using Logitech Flow software, can copy paste content across devices as well. Using the USB Type-C quick charging, the mouse can last up to 70 days on a single charge, as per the company, and three hours on a one-minute charge. MX Anywhere 3 looks almost the same as its predecessor the MX Anywhere 2s, but comes with silicone side grips. As with other Logitech mice, you can also set up app profiles to configure how the customisable buttons in different apps. The universal version works with both, Bluetooth and a USB dongle, while the Mac version only works via Bluetooth.