The Smarter Living 2022 event will begin at 12pm (noon) today and will be livestreamed through Xiaomi’s social media channels. 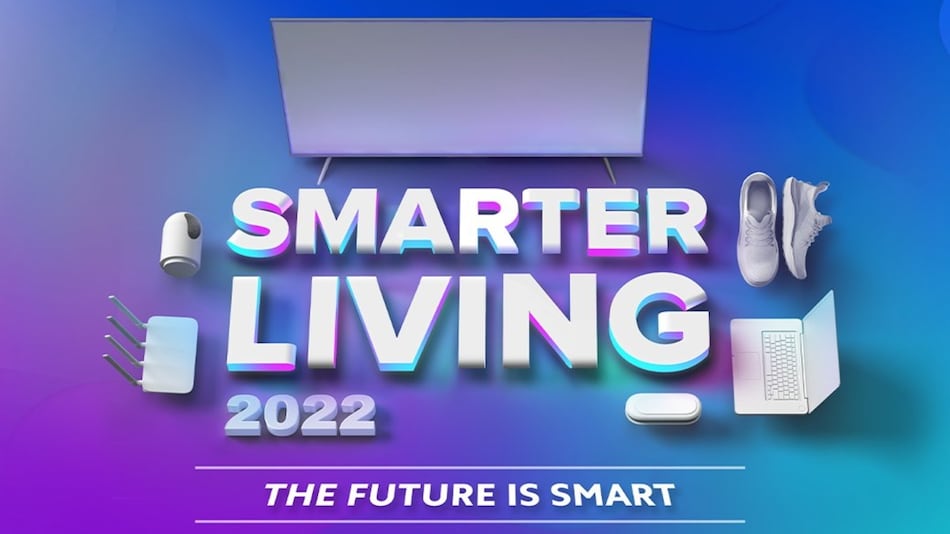 Xiaomi is launching six products at its Smarter Living 2022 event

Xiaomi is hosting its Smarter Living 2022 in India today (August 26) where it is launching not just one or two devices but six different products. The new offerings are teased to include an all-new Mi Notebook, Mi TV 5X, and Mi Smart Band 6, as well as a new router, shoes, and a security camera. Among other models, the new Mi Notebook will carry a premium, all-metallic design and a backlit keyboard. The Mi TV 5X is also teased to deliver a compelling experience with stereo speakers.

The Smarter Living 2022 event by Xiaomi will take place at 12pm (noon) today. The virtual conference will be livestreamed through Xiaomi's social media channels in the country, including Twitter and YouTube. You can also watch it live from the video embedded below.

The new Mi Notebook is teased to come with an aerospace-grade Series 6 Aluminium Alloy build and feature a backlit keyboard. Some recent reports suggested that Xiaomi may launch two new Mi Notebooks that could be the Mi Notebook Pro 15 (2021) and Mi Notebook Ultra. The former was launched initially in China in March with a 120Hz OLED display and included 11th-generation Intel Core processors along with Nvidia GeForce graphics.

The Mi TV 5X will come with 40W stereo speakers with Dolby Atmos sound, according to recent teasers. The smart TV is also teased to have Dolby Vision support and metal finish bezels. You can also expect a new PatchWall interface and standalone access to Google Assistant using built-in far-field microphones.

Xiaomi has teased that the Mi Smart Band 6 will come with a water-resistant build and a new touch-supported display. The fitness band will also offer real-time heart-rate monitoring and a list of fitness modes to choose from. Xiaomi launched the Mi Smart Band 6 in China in March at a price tag of CNY 229 (roughly Rs. 2,600) for the regular model and CNY 279 (roughly Rs. 3,200) for the NFC variant. Specifications of the Mi Smart Band 6 include a 1.56-inch (152x486 pixels) AMOLED display with 326ppi of pixel density and 450 nits of peak brightness, Bluetooth v5.0, and a 125mAh battery that is claimed to last for up to 14 days.

Apart from the Mi Notebook (or Mi Notebooks), Mi TV 5X, and the Mi Smart Band 6, Xiaomi has teased to launch its new Mi router, shoes, and AI-powered security camera at the Smarter Living event later today. Details about these three products are yet to be revealed.