Mi Band 7 will get NFC function and over 300 bus cards. 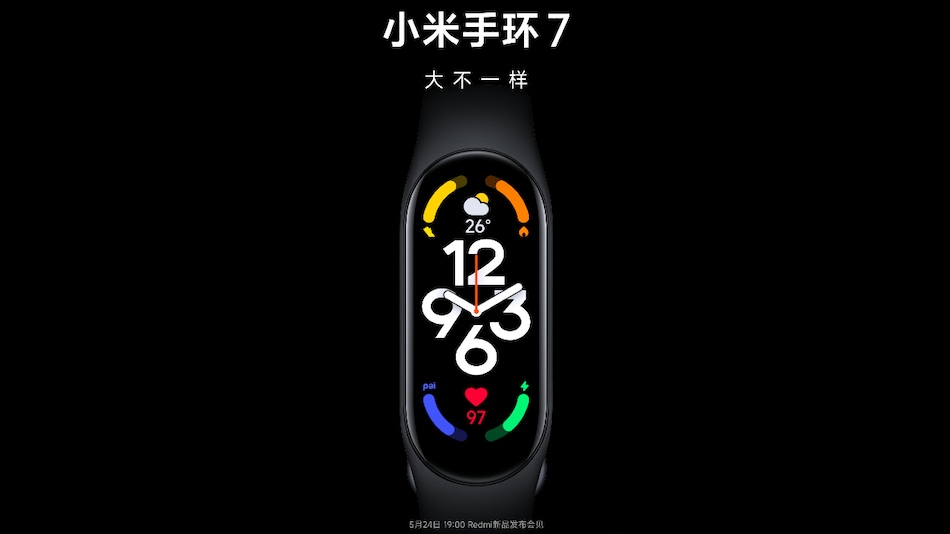 Mi Band 7 launch in China has been teased by Xiaomi

Mi Band 7 has been confirmed by Xiaomi. The fitness band will launch at the same time as the Redmi Note 11T series in China on May 24. Xiaomi has also provided some details about the specifications of Mi Band 7, which is the successor to the Mi Band 6. The Chinese company has also confirmed that the Mi Band 7 will get a 1.62-inch AMOLED display with 25 percent increased viewing area. The wearable's previously leaked specifications suggested that it will feature a display with a resolution of 192x490 pixels and always-on display (AOD).

In a post on Weibo, the Chinese company confirmed that the Mi Band 7 will be launched on May 24. Xiaomi has also confirmed that it will feature a larger display and better viewing area than the predecessor Mi Band 6. The company said that the smartwatch will sport a 1.62-inch AMOLED display with 25 percent increased viewing area. The company at the end said that the new product could be launched at Redmi Note 11T series China launch event.

Zeng Xuezhong, Senior Vice President and President of Smartphone Department at Xiaomi, said in a post on Weibo that the upcoming Mi Band 7 has a larger runway-shaped display. Xuezhong also said that the Mi Band 7 will have NFC function and will cover over 300 bus cards. Xuezhong claimed that this will be the strongest Mi Band yet.