Samsung Galaxy M10 was launched with Android 8 and was later updated to Android 9 Pie, whereas Galaxy M11 runs on Android 10. 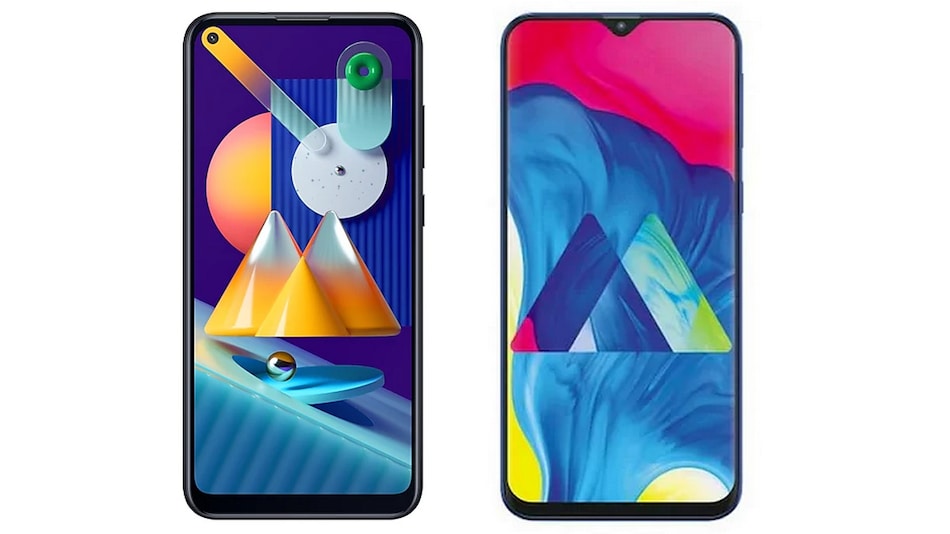 Samsung Galaxy M11 was launched yesterday, March 30, as an addition to the company's Galaxy M series. It is a budget friendly phone that features an octa-core processor and a triple rear camera setup. The Galaxy M11 is the successor to the Galaxy M10 that was launched last year. The Galaxy M10 is also a budget smartphone with an octa-core processor but packs a dual rear camera setup. So, let's take a look at the two phones and see what all Samsung has changed with the new Galaxy M11, besides the cameras.

Samsung has not provided any information on the pricing and availability for the Galaxy M11 as of yet. The phone is listed on the Samsung UAE website with a list of the physical stores it can be purchased from. It is expected that the Galaxy M11 will be priced around the Galaxy M10s that was also launched last year at Rs. 8,999. The Galaxy M11 listing does show three colour variants namely, Black, Metallic Blue, and Violet.

On the other hand, the Galaxy M10 comes in two variants, 2GB + 16GB and 3GB + 32GB with the former priced at Rs. 7,990 and the latter priced at Rs. 8,990. It is available on Amazon, Flipkart, and other online retailers. The Galaxy M10 is offered in Charcoal Black and Ocean Blue colour options.

Under the hood, the Samsung Galaxy M11 has an unnamed octa-core processor with a listed clock speed of 1.8GHz and a single 3GB RAM option. The Galaxy M10 is powered by the Exynos 7870 SoC and comes in 2GB and 3GB RAM options.

How Has Coronavirus Changed the Way We Play Pokemon Go?
WhatsApp Hack That Lets Attackers Easily Gain Access to Your Account Is Back in Action: All You Need to Know