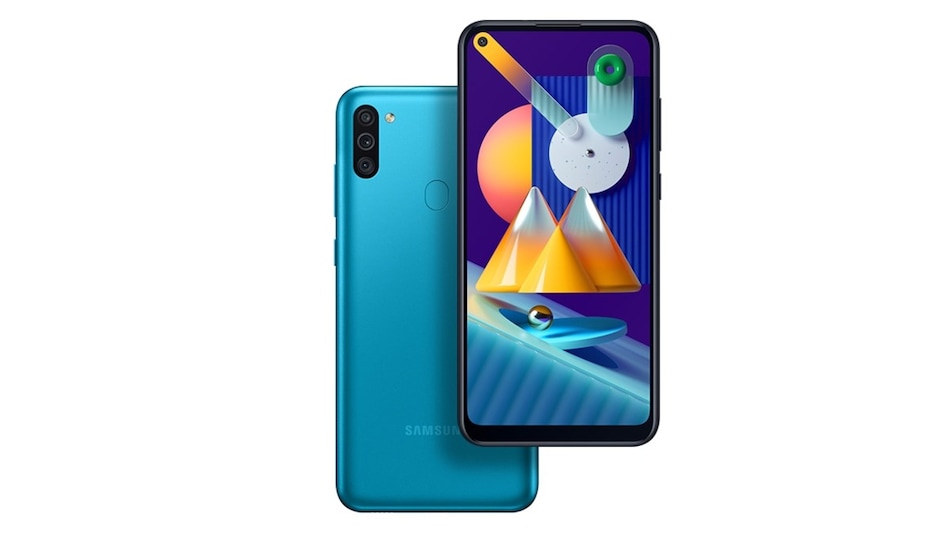 Samsung Galaxy M11 is now receiving its Android 11-based One UI 3.1 Core update, the company has revealed. According to user reports, the smartphone is receiving the update in Vietnam as of now, but we can expect it to roll out to other regions soon. The update is also bundled with the April 2021 Android security patch. Samsung launched the Galaxy M11 in June 2020 and ran One UI 2.0 based on Android 10 out-of-the-box. It sports a hole-punch display and a triple rear camera setup.

The update changelog for Samsung Galaxy M11 was released as a document on Samsung's website. As per reports by users, cited by SamMobile, Samsung is releasing the update in Vietnam along with last month's Android security patch. The Galaxy M11 is receiving One UI 3.1 Core, based on Android 11. The update has the firmware version M115FXXU2BUD8 and the size of the update has not been revealed yet. However, it is still advisable that the smartphone is updated while it is connected to a strong WiFi connection and is put on charging. To manually check for the update, head to Settings > Software update > Download and install.

The One UI 3.1 Core update will bring a ton of changes to the Samsung Galaxy M11, thanks to Android 11, starting with a refreshed UI, enhanced dynamic memory allocation, better customisation, enhanced home screen and lock screen, improved camera and gallery, and changes to the settings menu. Alongside, Samsung has improved the keyboard, increased the productivity on the internet browser, improved Digital Wellbeing, improved accessibility shortcuts, and enhanced one-time app permissions.

As mentioned, Samsung launched Galaxy M11 in June 2020 and it ran One UI 2.0 based on Android 10. It sports a 6.4-inch HD+ Infinity-O Display with a hole-punch cutout. Under the hood, it has a Snapdragon 450 SoC, paired with either 3GB or 4GB of RAM. For storage, the smartphone has up to 64GB of onboard storage that can be expanded up to 512GB using a microSD card. For optics, there is a triple rear camera setup with a 13-megapixel primary sensor, a 5-megapixel ultra-wide-angle sensor, and a 2-megapixel depth sensor. It has an 8-megapixel selfie camera sensor at the front. The smartphone packs a 5,000mAh battery with 15W fast charging support.