iPhone Users May Be Able to Type in the Rain, Underwater, New Apple Patent Suggests

iPhone in the future may get dedicated wet, dry, and underwater modes to work with in the rain. 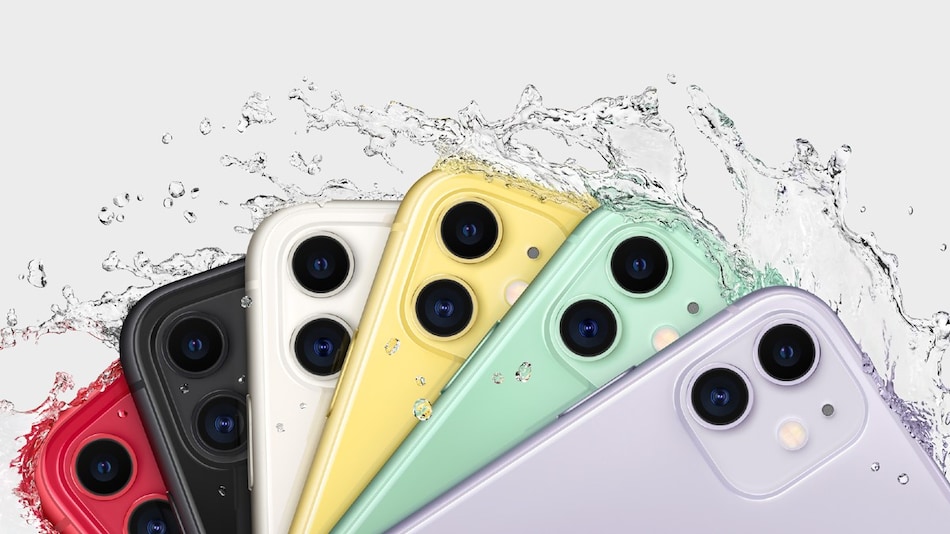 Apple has secured a patent that suggests the iPhone would become relevant to use in the rain. Although all the recent iPhone models have a water-resistant build, using the iPhone in the rain is not that easy. The water droplets on the display makes it difficult for users to type or access different areas on the screen. Apple seems to be in plans to address these issues by bringing features including a wet mode. The Cupertino company may also enable its future iPhone models to detect changes in the environment to adjust their touch sensitivity.

Granted by the United States Patent and Trademark Office (USPTO), the patent suggests that Apple is planning to modify the iPhone with the ability to work during "a moisture exposure event", such as rain. It would use the inbuilt pressure and moisture sensors to detect water and accordingly adjust the software.

The software could change the on-screen buttons in case of a little rain to reduce chances of getting accidental touch inputs. Apple could also enable the iPhone to adjust pressure sensitivity of its display and register only touch inputs where a certain amount of force is applied. This would help avoid false inputs that could be registered from rain drops.

"The electronic device can include a moisture detector capable of detecting an amount of moisture present at the protective cover, where when the amount of moisture is greater than a threshold amount, the processor determines a position of the touch event based on detection signals provided by the capacitance detector and the applied force detector," the patent filing describes.

The document also suggests that there could be different modes to configure touch responses, called wet, dry, and underwater.

In case of the wet and dry modes, the iPhone could change the force input detection to accept touch inputs — depending on whether the user's finger is dry or wet. The underwater mode, however, can enable the iPhone to modify the interface and make it simpler to be used underwater, per the patent description.

The underwater mode could essentially be used for capturing photos and recording videos when the iPhone is submerged underwater. It could also adjust specifics including white balance settings, ISO sensitivity, and clarity of the camera unit as well as its display brightness, as suggested by the patent filing.

In addition to the detailed description of the patented updates, the listing on the USPTO website includes some images to suggest how the modifications would work.

iPhone may get a wet mode to work with water droplets on the screen
Photo Credit: USPTO

Apple has so far not officially marketed its iPhone models for underwater photography. Liquid damage has also not yet been covered under warranty. However, there could be certain changes on all these fronts if we believe the details of the patent filing.

The iPhone 13 and iPhone 12 models in the lineup have an IP68-rated build that is meant to resist water to some extent. On the previous models including the iPhone 8 and iPhone 7, Apple offered an IP67-certified body.

Apple filed the patent for developing the iPhone to work in the rain in March 2021. The authority, though, granted the application in June this year.

Gadgets 360 has reached out to Apple for a comment on the patent and will update this article when the company responds.

Companies normally file patents for a list of technologies that they want to use in their future devices. However, there are some instances in which the patented technologies are just meant for prototyping. It is, thus, safe to consider the speculation on the basis of the patent filing with a healthy dose of scepticism.

Samsung Galaxy A04 With 4,900mAh Allegedly Spotted on FCC