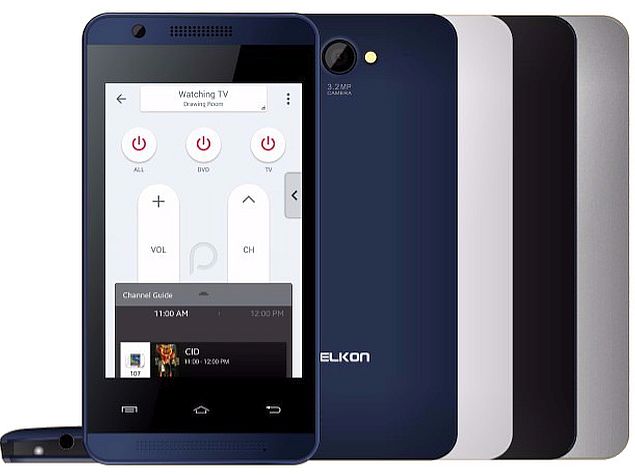 Celkon has launched a new Campus-series smartphone, the Campus A35K Remote, priced at Rs. 3,199. The smartphone will be available to buy via online and offline retailers across India. The company as a promotional offer is also giving away a 16GB microSD card with the handset.

Specifications of the Celkon Campus A35K Remote are same as the Campus A35K smartphone, which was launched last year. It offers dual-SIM (GSM-GSM) support and features a 3.5-inch display with a HVGA (320x480 pixels) resolution. The Android 4.4 KitKat-based smartphone is powered by 1GHz processor (unspecified chipset) with 256MB of RAM. The handset sports a 3.2-megapixel rear camera with LED flash, while there is a 0.3 megapixel front-facing camera. The Campus A35K Remote comes with 512MB inbuilt storage, and can be expanded via microSD card (up to 32GB).

Celkon's Campus A35K Remote supports Wi-Fi, Bluetooth, Micro-USB, and A-GPS connectivity options. The smartphone also supports 3G connectivity - the highlight of the device at this price. It is backed by a 1400mAh battery and will be available in Blue and White colour variants.

Last month, Celkon launched its first manufacturing facility in India, located in Medchal, Telangana. The manufacturing unit is 30,000 square feet in area and is ready to start production from day one.