Honor CEO George Zhao shared a poster to announce the launch date of a new handset, which is being speculated to be Honor Magic 4. 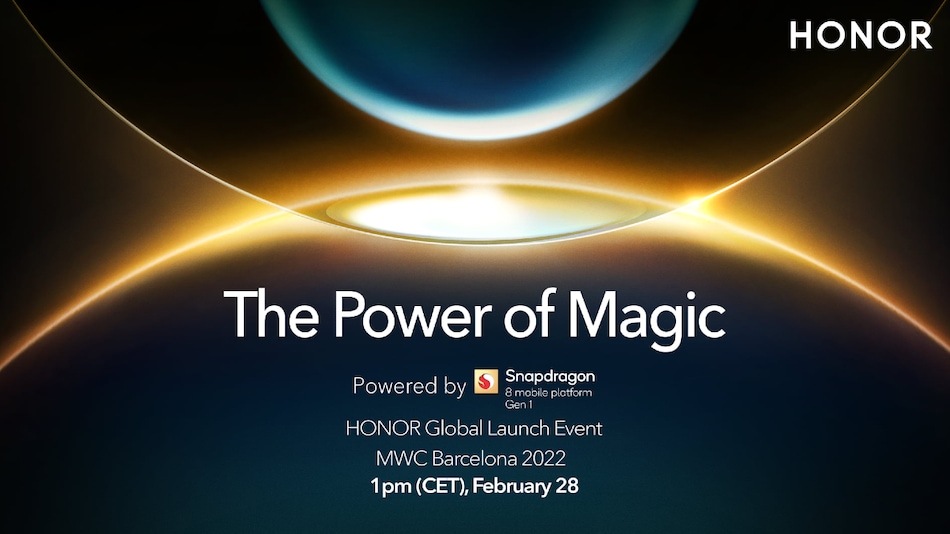 Honor is gearing up to launch a new smartphone later this month at Mobile World Congress (MWC) 2022 in Barcelona. Honor CEO George Zhao on Thursday teased the handset through a social media post, revealing that it will be powered by Qualcomm's latest Snapdragon 8 Gen 1 processor. The upcoming device is being speculated to be Honor Magic 4. It has reportedly been spotted on Geekbench as well. As per the latest leak, Honor Magic 4 outperformed the newly launched Samsung Galaxy S22 Ultra in tests on the benchmarking platform.

George Zhao, CEO, Honor, took to Facebook to announce the arrival of the new Honor Magic smartphone at this year's MWC event. As per the post, the handset will be launched at 1:00pm CET (5:30pm IST) on February 28. The upcoming Honor smartphone will be powered by the Qualcomm Snapdragon 8 Gen 1 SoC. The poster carries the tagline: “The Power of Magic”. Owing to this, it is largely being speculated that Honor Magic 4 may break cover soon. It should be noted that the Honor Magic 4 moniker hasn't officially been used by the company yet.

Samsung Galaxy S22 Ultra sports a 6.8-inch Edge QHD+ Dynamic AMOLED 2X display with 120Hz adaptive refresh rate that can go down to 1Hz. It is powered by an octa-core 4nm SoC, paired with up to 12 GB of RAM. Galaxy S22 Ultra carries a quad rear camera setup, led by a 108-megapixel wide-angle camera. For selfies, there is a 40-megapixel shooter. It comes in 128GB, 256GB, 512GB, and 1TB storage options. Galaxy S22 Ultra packs a 5,000mAh battery with support for 45W fast charging and 15W wireless charging.