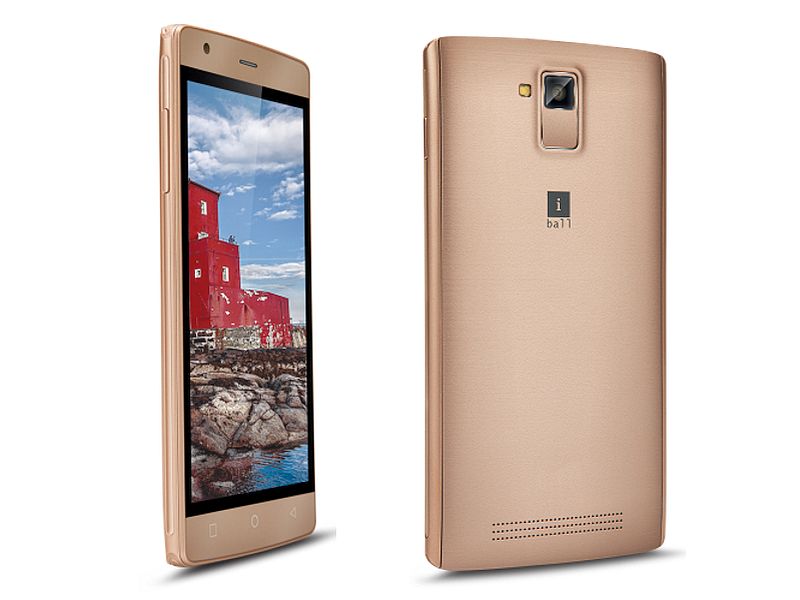 Highlights
iBall has launched a new Andi-series smartphone, the Andi 5N Dude. Priced at Rs. 4,099, the iBall Andi 5N Dude is now listed on the company's site. There is no word on the availability of the smartphone, however.

The Andi 5N Dude smartphone is a dual-SIM smartphone running Android 4.4 KitKat. It features a 5-inch FWVGA (480x854 pixels) IPS display with a pixel density of 196ppi. Powered by a quad-core processor clocked at 1.2GHz, the smartphone sports 512MB of RAM and a Mali 400 GPU alongside.

The latest iBall offering also features a 5-megapixel rear autofocus camera with LED flash and a VGA (0.3-megapixel) front-facing camera. It bears 4GB of inbuilt storage, which can be expanded via microSD card (up to 32GB).

The Andi 5N Dude's connectivity features include 3G, Wi-Fi, Bluetooth, Micro-USB with OTG, and A-GPS. A 2000mAh battery backs the handset, which is available only in a Gold colour variant.

The Andi Blink 4G smartphone comes with 8GB of inbuilt storage, which can be expanded via a microSD card (up to 32GB). On the connectivity front, the iBall Andi Blink 4G supports 4G, as the name suggests, apart from Wi-Fi 802.11 b/g/n, Bluetooth, GPS/ A-GPS, and Micro-USB 2.0 connectivity. It comes with USB OTG while featuring read/ write support 21 Indian regional languages.