iQoo Neo 6 SE specifications are similar to the iQoo Neo 6. 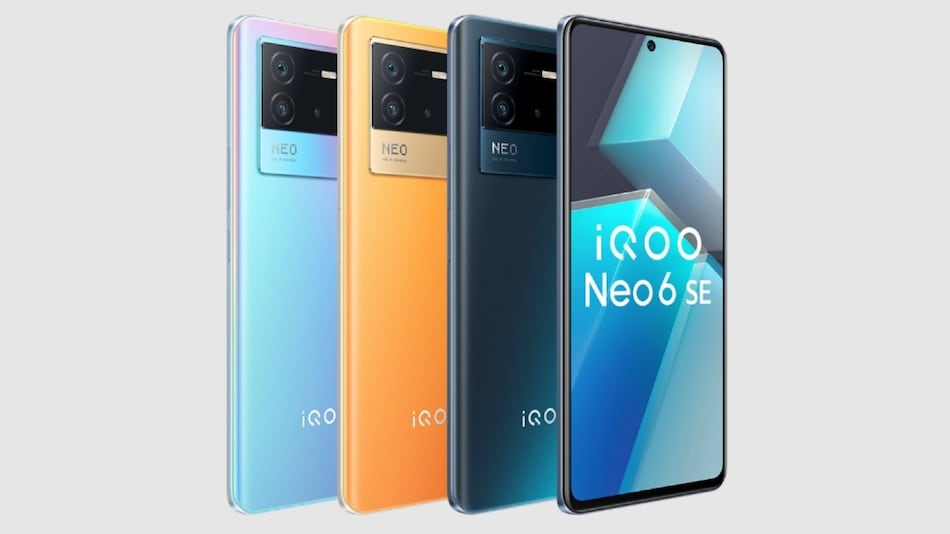 iQoo Neo 6 SE was launched in China as the latest smartphone in the company's iQoo Neo 6 series. In fact, the new iQoo phone has specifications similar to the iQoo Neo 6, which was launched in China last month, with the biggest change being the processor. It comes with a 120Hz AMOLED display and is powered by the Qualcomm Snapdragon 870 SoC. There is a triple rear camera setup headlined by a 64-megapixel sensor. The phone comes with an in-display fingerprint sensor, and face unlock for biometrics.

The iQoo Neo 6 SE carries up to 256GB of UFS 3.1 storage. Connectivity options on the phone include 5G, 4G LTE, Wi-Fi 6, Bluetooth v5.2, GPS/ A-GPS, NFC, and a USB Type-C port. Users will get an accelerometer, ambient light sensor, gyroscope, magnetometer, and a proximity sensor. The phone includes an in-display fingerprint sensor.