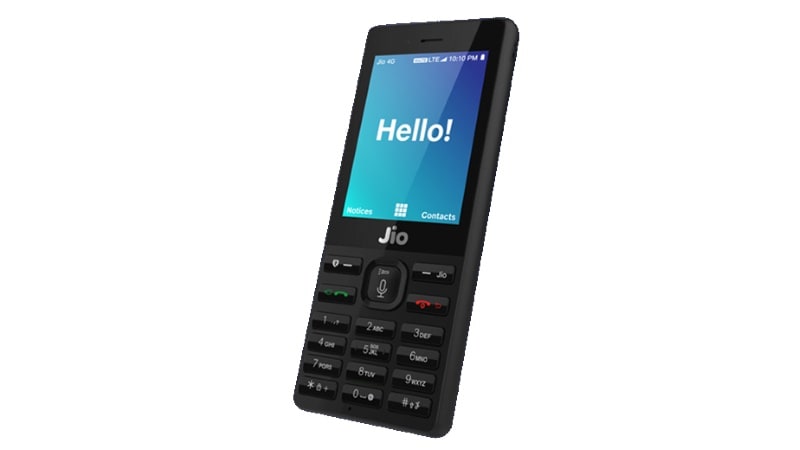 "The monthly plan compares favourably against the blended ARPU (average revenue per unit) of top three incumbents, but it does provide a cap. Even though the pricing is not as disruptive as feared, it will still be a stiff challenge to incumbents to protect their subscriber market share," Jefferies said in a report.

Reliance Jio on Friday launched its much-awaited 4G feature phone, the JioPhone, which will be made available from September. The feature phone has an effective zero price, after a Rs. 1,500 security deposit that's refundable at the end of three years.

The company is targeting shipments of 5 million phones a week. The monthly plan for Rs. 153 would offer unlimited voice/ SMS and 0.5GB of data per day. There are two sachet plans for Rs. 24 and Rs. 54 with validity of two and seven days respectively.

The phone can be connected to television through a Jio Phone cable. However, this will require enrolment to the Rs. 309 per month plan (1GB per day allowance) which will allow three-four hours of daily video streaming.

"We believe that the pricing on both device as well as plan is not as bad as feared for incumbents. While refundable, the cost of acquiring the device is not game changing when compared against existing feature phone prices. The Rs. 153/month plan too compares favourably against the Rs 142-158 ARPU across Top-3 but does create a cap," the report stated.

The report said in the context of a higher addressable market for Jio, competitive dynamics for incumbents will be two fold - ARPU splicing/erosion in higher ARPU subscription (already underway) and subscriber churn.

"Since Jio's voice offering is based on VoLTE, Jio phone proliferation will mandate increase of coverage. This will lead to high speed RJio network in remote areas, which the 2G and at best 3G network footprint of the incumbents will struggle to compete against. Incumbents would have to accelerate their 4G network spending to match up to this," the report added.

OnePlus 5, 3T 'Back to School' Offers Include a Free Protective Case, Discounts, and More
Forget Ramsay Bolton, This Might Be the Worst Game of Thrones Character Ever