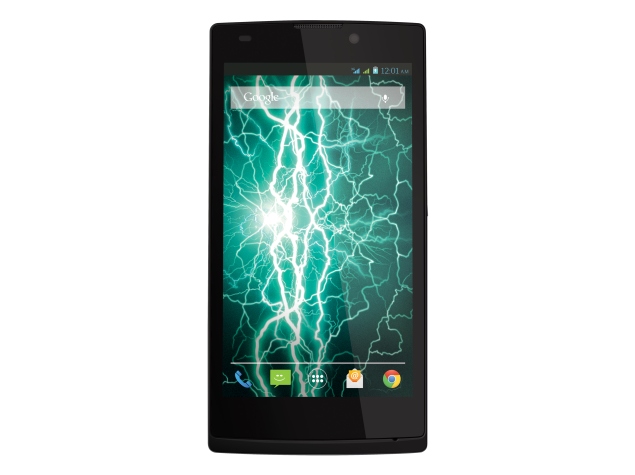 Lava has launched the Iris Fuel 60 in India, with the smartphone's main USP its long-lasting battery life with its large 4000mAh battery. Priced at Rs. 8,888, the smartphone will be available from December 25, in Black and White colour variants.

The dual-SIM Lava Iris Fuel 60 runs on Android 4.4 KitKat, with a promised over-the-air (OTA) upgrade to Android 5.0 Lollipop. It features a 5-inch HD (720x1280 pixels) display with Corning Gorilla Glass 3 protection, and is powered by a 1.3GHz quad-core Cortex-A7 processor coupled with 1GB of RAM.

The Iris Fuel 60 features 8GB of built-in storage that is further expandable via microSD card (up to 32GB). It sports a 10-megapixel rear camera with LED flash, aside from a 2-megapixel front-facing camera. Connectivity options include 3G, Wi-Fi, Bluetooth v3.0, and USB OTG.

Lava's Iris Fuel 60 is a follow up to the companies Iris Fuel 50, which featured a 3000mAh battery and launched in late-October for Rs. 7,799. The refreshed version with a larger battery promises up to 32 hours of talk time on 2G networks, and a quick-charge time of 3 hours 15 minutes. It also features gesture features as Lava is touting, including 'Double Tap Wake-up' and 'Drawing Gesture Shortcuts'.

Speaking at the launch of Iris Fuel 60, Navin Chawla, Vice President & Head Product, Lava International said, "The Fuel series has been carefully designed by Lava to meet such a crucial need. Today, we are delighted to announce the launch of a new member to our Fuel series of high powered battery smartphones, Iris Fuel 60 with stupendous battery of 4000mAh is designed to provide users a relief from all battery and power bank hassles. Apart from this, the smartphone is also bundled with stylish design, blazing fast processing speeds, and brilliant camera. It is bound to provide a great user experience without sacrificing performance."