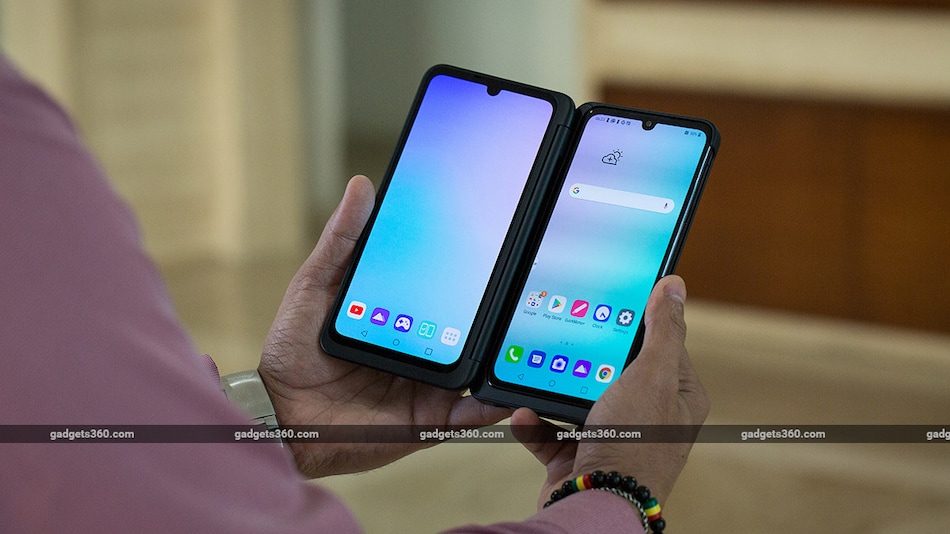 LG G8X ThinQ has seen a great response during the Flipkart Big Billion Days sale, the company claims. The South Korean electronics giant has announced that it recorded Rs. 350 crores revenue over the sale of the LG G8X ThinQ, in less than 12 hours of opening Flipkart sale. LG had introduced a massive price cut on the dual-display phone for the festive sale, alongside bank cashback and no-cost EMI options. The phone is also listed with additional exchange discount, making it extremely affordable during the Flipkart Big Billion Days sale.

The LG G8X ThinQ is currently listed at Rs. 21,990 on Flipkart, though at the beginning of the sale, the smartphone was priced as low as Rs. 19,990. Since the figure was achieved in the first 12 hours of the sale, we will take the lower price into account, and calculating from total revenue, the company sold over 1.75 lakh handsets in just 12 hours.

The smartphone is listed on Flipkart to go on sale again today at 8pm, and is currently out of stock. The phone is available in a single Black colour option with 6GB RAM + 128GB storage configurations. Other offers on Flipkart include exchange discount of up to Rs. 16,400, 5 percent unlimited cashback on Flipkart Axis Bank credit card, 5 percent off with Axis Bank Buzz credit card, and no-cost EMI of Rs. 2,444 per month. To recall, the LG G8X ThinQ was launched in India for Rs. 49,999, which means LG absorbed a significant loss when selling the smartphone during the sale, and appears to be looking to clear its inventory.

Coming to the specifications, the LG G8X ThinQ runs on Android Pie, and comes with a 6.4-inch full-HD+ (1080x2340 pixels) FullVision display with a waterdrop-style notch. The phone sports an in-display fingerprint sensor and it is powered by Qualcomm's Snapdragon 855 SoC, supported by 6GB of RAM. Internal storage is at 128GB with the option to expand further using a microSD card (up to 2TB).

Coming to the cameras, the LG G8X ThinQ features a dual rear camera setup with a 12-megapixel primary camera sensor along with a 13-megapixel secondary shooter with super wide-angle lens. It comes with AI Action Shot that helps speed up the shutter speed up to 1/480s to capture fast-moving objections. The phone houses a 32-megapixel front-facing camera.