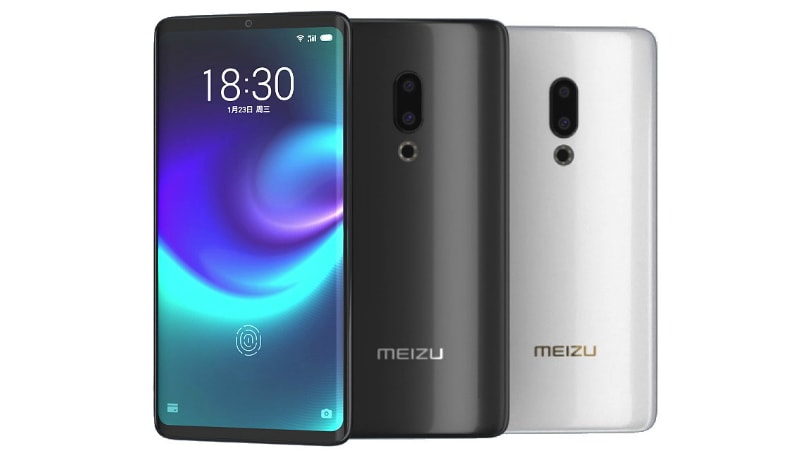 Meizu Zero was unveiled without any physical buttons or ports

Meizu grabbed headlines when it unveiled its Zero smartphone, and its big highlight was its unique design as it comes without any physical buttons, ports, or even the SIM-tray slot. The phone was spotted later on Indiegogo, and now CEO Jack Wong says that the Meizu Zero was just a marketing gimmick, and that the company had no intentions of mass producing it. To recall, the Meizu Zero was unveiled just ahead of the Vivo Apex 2019 concept phone launch, which also comes with no ports and physical buttons.

Responding to a query on the company's forums page, Wong said, "This crowdfunding project was just the marketing team messing about. The holeless phone is just a development project from the R&D department, we never intended to mass-produce this project." This means Meizu Zero will not see a launch any time soon, and it is still a 'development project' that was used to create unnecessary hype.

In any case, Meizu failed to reach its $100,000 fixed funding goal on Indiegogo as well, and because it was a fixed goal and not a flexible one, no one really lost their money. It would've been a tragedy if Meizu would've achieved its goal, and then announced that it didn't intend to mass-produce the phone.

For a phone that is claimed to be in development, Meizu even went about detailing the specifications and features for users to shell out the asking price of Rs. 1,299 (roughly Rs. 92,400) on Indiegogo. The Meizu Zero was listed to sport a 5.99-inch display, a Snapdragon 845 SoC, a 12-megapixel rear camera and another 20-megapixel telephoto lens with flash support at the back, and a 20-megapixel sensor with Face Unlock support up front.

Using a crowdfunding campaign for a marketing stunt is taking it a bit too far, and this may make serious backers lose faith in Meizu. If the company does look to raise funds in the future for a future promising product, it will now less likely be able to raise funds via crowdfunding at least.

Meanwhile, Meizu has introduced a new mid-range smartphone in its home market. Dubbed as Meizu Note 9, the new phone sports a 48-megapixel camera onboard.