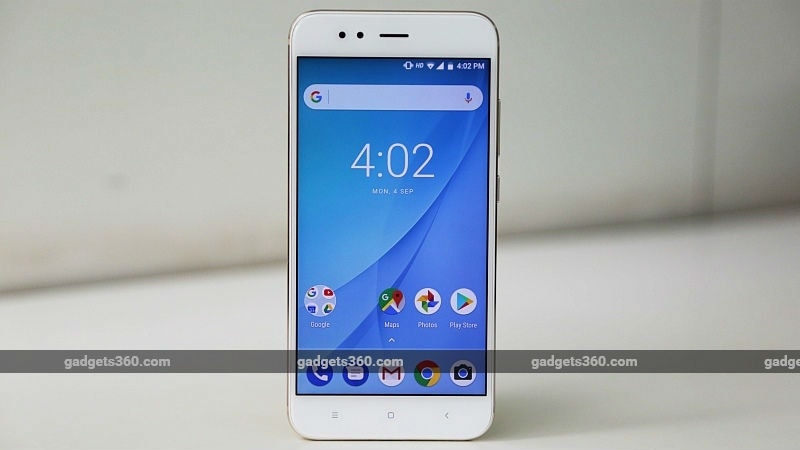 Xiaomi has acknowledged at least one issue with its Mi A1 Android 8.0 Oreo update

The rollout of Mi A1 Android 8.0 Oreo update has been suspended by Xiaomi just a few days after the build was made available. Mi A1 users were finally able to get Android 8.0 Oreo update on December 31, but reportedly faced significant performance issues on the new build. The smartphone is the first Xiaomi handset launched under the Android One programme, and features stock Android. The latest Android version was being rolled out as a progressive over-the-air (OTA) update on December 31, but several Mi A1 users reportedly complained of performance issues on the handset after the installation of the latest software upgrade.

A Gizchina report says that users had reported issues like dialler and camera app getting frozen, fingerprint sensor and recent app button becoming inactive, and a slowdown of the ambient light sensor. Even the Xiaomi Mi A1 battery was reportedly draining quickly on activating Bluetooth. Some Reddit users reported the suspension of the update on the website. Meanwhile, a report on piunika.web posted a screenshot from an Mi Community suggesting that Xiaomi has temporarily suspended the Android Oreo update.

Xiaomi has acknowledged at least one issue with the Android Oreo update. At one of the Mi Community forums, it said that users in India were suffering frozen dialler issues because of problems with the MyJio app on the Mi A1. The company has suggested that affected users can uninstall the MyJio app or 'disable telephone permission'. Xiaomi says, "We stumbled upon an issue where some users were having issue with dialer [sic] app getting hanged or there's an unusual delay in making the call. Upon researching we found that MyJio application is causing ANR when a call is being made or received and hence the issue. The issue is seen when MyJio app is being present with all app permissions granted." The company also issued a workaround to resolve the issue.

The Xiaomi Mi A1 is the first smartphone in the Mi series to receive the Android Oreo update. The Android 8.0 Oreo update for the Xiaomi Mi A1 brought features like Picture-in-Picture mode, new Notification dots, Background limits, Auto-fill, and Smart text selection. The company had also added improvements such as adaptive app icons and a faster boot experience. Earlier in December 2017, Xiaomi had announced it was looking for beta testers to get feedback on the new update from a small group of users.

The Mi A1 smartphone was launched at Rs. 14,999 in India. But the smartphone received a price cut in December and is now available with a price tag of Rs. 13,999.