Micromax In 2C has also been spotted on the BIS certification site and Geekbench. 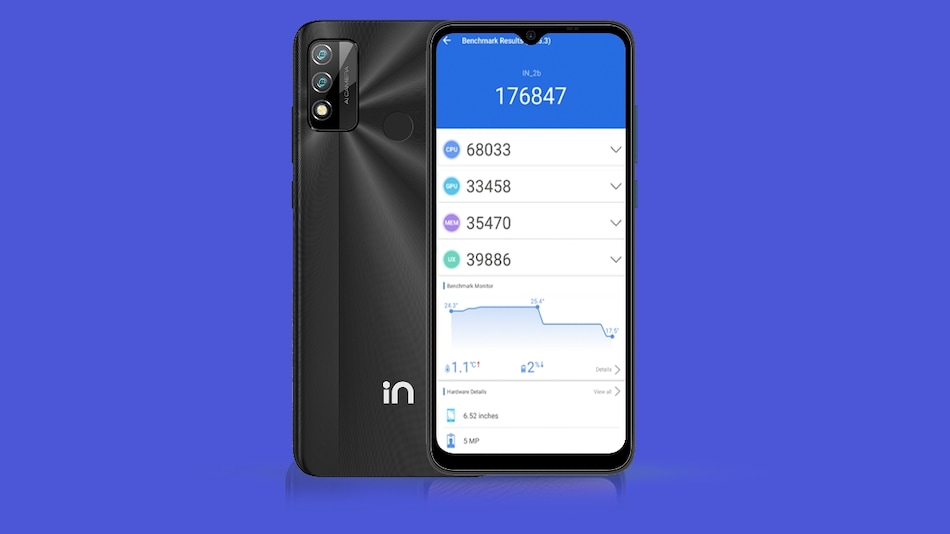 Micromax appears to be getting ready to introduce a new addition to its budget-focused In 2 lineup. According to a notable tipster, the Micromax In 2C could arrive in India in April or early May. This rumoured smartphone has already made its way to several certification sites, which might suggest an imminent launch. This device is believed to be a budget offering targeting the sub-Rs. 10,000 segment in India. At launch, it might have to compete with smartphones such as the Redmi 9 series, the Tecno Spark 8 lineup, and more.

As per a tweet shared by tipster Abhishek Yadav (@yabhishekhd), the Micromax In 2C is believed to be scheduled to launch in India this month or in early May. The smartphone has also allegedly surfaced on the Geekbench 5 benchmark site. It is listed to pack an octa-core Unisoc T610 SoC with a base clock speed of 1.8GHz. This Micromax phone is said to have 4GB of RAM and run on Android 11. The device appears to have managed a single-core score of 347 points and a multi-core score of 1,127 points. Furthermore, the tipster also spotted this smartphone, with the model number E6533, on the Bureau of Indian Standards (BIS) certification site and the Google Play supported devices list.

Micromax's earlier release in the under-Rs. 10,000 slab was the Micromax In 2b which was launched in India in July 2021. It is a dual-SIM (Nano) smartphone that runs on Android 11. Its 6.52-inch HD+ display sports a waterdrop-style notch for the front camera. This handset is fitted with the Unisoc T610 SoC. It offers up to 6GB of RAM and up to 64GB of internal storage (expandable up to 256GB). For photography, the In 2b features a 13-megapixel dual rear camera setup and a 5-megapixel selfie shooter. It is equipped with a 5,000mAh battery which is claimed to provide up to 160 hours of playback time.