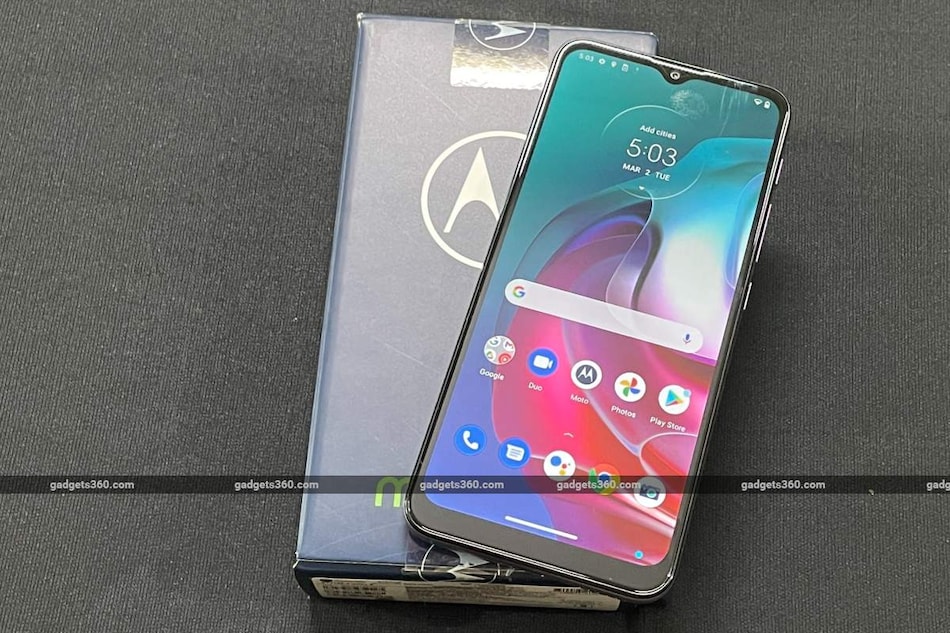 Moto G30 and Moto G10 Power were launched in India on Tuesday as the two new smartphones by Motorola. The Moto G30 debuted in Europe in February alongside the Moto G10. However, the Moto G10 Power is projected as a new model by the company, though it shares the same list of specifications that comes with the original Moto G10 — except a bigger battery. Both Motorola phones come with a waterdrop-style display notch and run on Android 11 with a near stock interface. There is also a preloaded, proprietary ThinkShield technology that is touted to bring four-layer security to the new models.

On the availability front, the Moto G30 will go on sale on Flipkart starting 12pm (noon) on March 17, while the Moto G10 Power will be available a day before, on March 16.

The dual-SIM (Nano) Moto G30 runs on Android 11 and features a 6.5-inch HD+ (720x1,600 pixels) Max Vision TFT display with 20:9 aspect ratio and 90Hz refresh rate. The phone is powered by an octa-core Qualcomm Snapdragon 662 SoC, along with 4GB of RAM. There is a quad rear camera setup that houses a 64-megapixel primary sensor with an f/1.7 lens. The camera setup also includes an 8-megapixel ultra-wide-angle shooter, 2-megapixel macro shooter, and a 2-megapixel depth sensor. There are preloaded camera features such as Night Vision, Shot optimisation, Auto smile capture, HDR, and RAW photo output.

Moto G30 features a 64-megapixel primary camera at the back

For selfies and video chats, the Moto G30 has a 13-megapixel camera sensor at the front, along with an f/2.2 lens.

The Moto G30 comes with 64GB of onboard storage that is expandable via microSD card (up to 1TB). Connectivity options include 4G LTE, Wi-Fi, Bluetooth v5.0, GPS/ A-GPS, USB Type-C, and a 3.5mm headphone jack. Sensors on board include an accelerometer, ambient light, gyroscope, and a proximity sensor. There is also a rear-mounted fingerprint sensor.

Motorola has provided a 5,000mAh battery on the Moto G30 that is claimed to deliver up to two days of usage on a single charge. The battery supports 20W fast charging (compatible charger bundled in the retail box). Besides, the phone measures 165.22x75.73x9.14mm.

In terms of storage, the Moto G10 Power has 64GB of internal storage that supports expansion via microSD card (up to 1TB). Connectivity options include 4G LTE, Wi-Fi, Bluetooth v5.0, GPS/ A-GPS, USB Type-C, and a 3.5mm headphone jack. The phone also carries an array of sensors that comprise an accelerometer, ambient light, gyroscope, and a proximity sensor. There is also a rear-mounted fingerprint sensor.