The soon-to-be arrival in India of Motorola Edge+ may not be smooth, given the lockdown. 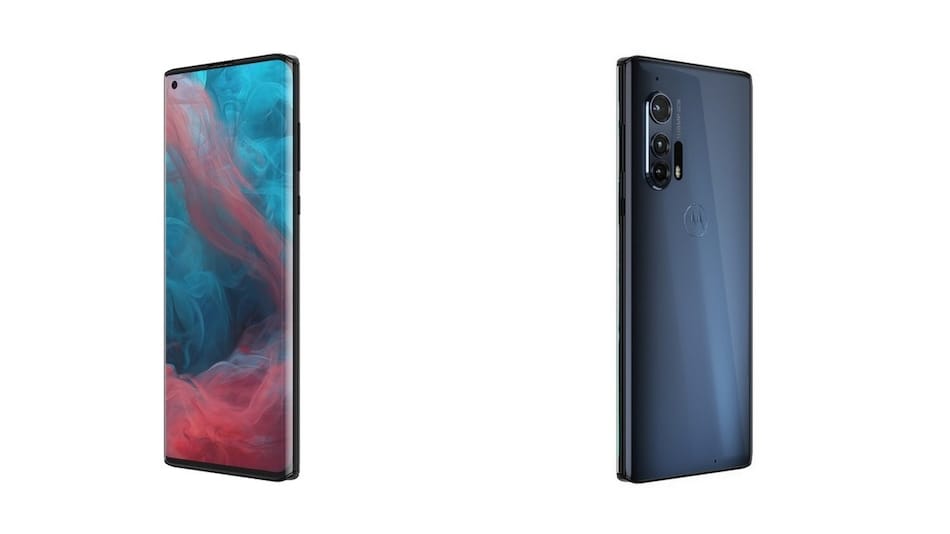 Motorola Edge+ will be made available in the US, Europe, etc., the company had announced

Motorola Edge+, the phone whose launch declared the company's re-entry into the flagship smartphone segment, can be expected to debut in India before long. The wait should be brief because Motorola India's chief Prashant Mani has said that the near $1,000 (roughly Rs. 76,000) phone will be “coming soon to India”. Motorola Edge+ was launched last Wednesday packing features like a curved display and a 108-megapixel camera. The company also unveiled a less-premium Motorola Edge smartphone during the launch.

The chief of Motorola India, Prashant Mani, tweeted on Saturday, “The all-new Motorola edge+ is reinvigorating the flagship space with a Bold endless edge screen innovation, Fastest 5G performances with Snapdragon 865 and a monster 108 mpx camera. Here is a sneak peek into what went behind creating the #AbsoluteEverything. Coming soon to India!”

The company, during the launch, had not made it clear when Motorola Edge+ will be available for users in India, or in any Asian country apart from UAE, for that matter. It was announced to be launched in the US, several European countries, the UAE, and Latin America. Although the tweet by Mani may have helped in calming some anxious fans, buyers will still have to wait until an exact date comes out. There is no word yet on its price in India.

In the tweet, Mani shared a video on the making of the phone while talking about the features of the newly released phone. However, he did not say anything about the launch date or price of Motorola Edge, the more affordable of the two phones, in India.

It is also important to note that bringing the phone in India very soon will practically be of no use since the e-commerce websites are not allowed to sell “non-essential” goods and mobile phone shops in cities and towns in market complexes are closed.

Motorola Edge+ single-SIM smartphone runs stock Android 10. It comes with a curved 6.7-inch full-HD+ OLED display having 90Hz refresh rate. The phone is powered by Qualcomm Snapdragon 865 processor, coupled with 12GB of RAM. In the rear, the phone has got a 108-megapixel primary camera. It accompanied by a 16-megapixel ultra-wide-angle camera and an 8-megapixel telephoto camera. A Time of Flight (ToF) sensor has also been provided. On the front, there is a 25-megapixel camera.

Motorola Edge+ packs a 5,000mAh battery with 18W fast charging, 15W wireless charging, and 5W reverse wireless charging support. There is 256GB of non-expandable UFS 3.0 storage on the phone. It comes with an in-display fingerprint sensor.