Motorola Edge+ is powered by Qualcomm Snapdragon 865 SoC with 12GB of LPDDR5 RAM. 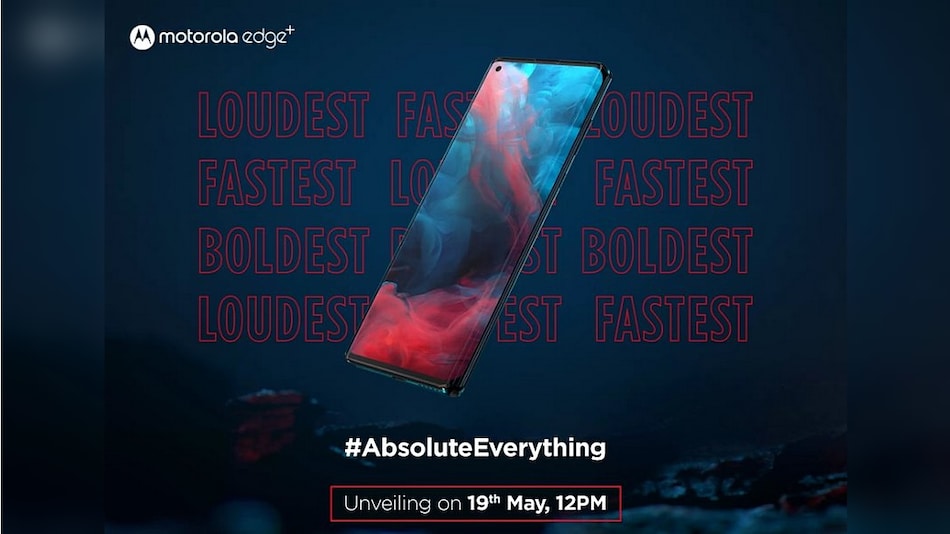 Motorola Edge+ will launch in India on May 19, according to a teaser on Flipkart. The phone was launched last month, alongside the Motorola Edge, and marks the company's return to the flagship smartphone space. Motorola India chief had earlier promised to bring Edge+ to the Indian market soon and now, we know that May 19 will be the date of the launch. The Flipkart listing also suggests that it may be exclusive to e-retailer in India, at least online.

The Motorola Edge+ store page on Flipkart shows the phone will be unveiled on May 19 at 12pm (noon). The listing does not share any details about the price of the phone. To recall, the Motorola Edge+ was launched at $999 (roughly Rs. 75,300) in the US. We can expect similar pricing in India unless Motorola decides to go aggressive. With the actual launch just a few days away, we won't have to wait for long to get the official details.

Motorola Edge+ runs Android 10 with a close to stock user interface (UI). The Motorola flagship phone packs a curved 6.7-inch full-HD+ OLED display with 90Hz refresh rate and HDR10+ certification. Under the hood, it is powered by the Qualcomm Snapdragon 865 SoC and 12GB of LPDDR5 RAM. For photos and videos, the phone features a 108-megapixel primary camera, a 16-megapixel ultra-wide-angle camera, an 8-megapixel telephoto camera, and a Time of Flight (ToF) sensor. On the front, there is a 25-megapixel selfie shooter.

Notably, there is no information on availability of the Motorola Edge as of now.