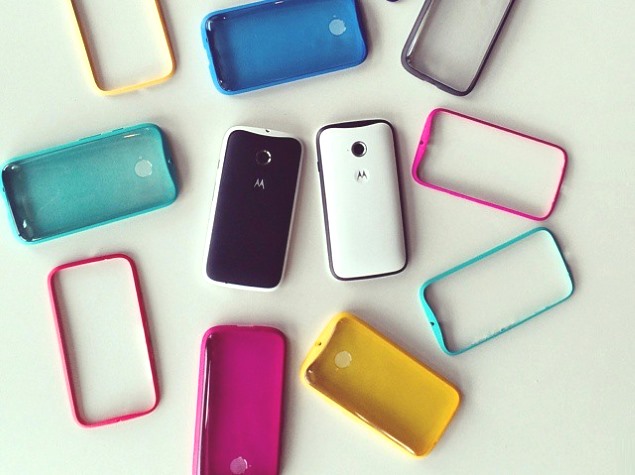 Motorola has launched the Moto E (Gen 2) 4G in India at Rs. 7,999. The smartphone is now up for pre-orders via exclusive online retail partner Flipkart.

The estimated release date of the Motorola Moto E (Gen 2) 4G by Flipkart is listed as April 23, whereas the estimated delivery date is April 28. To remind you, the Lenovo-owned firm had launched the 3G-only variant early last month in India, and had then said the 4G LTE variant will be made available within the next two months - a time-frame it is sticking to.

First unveiled at the end of February, both handsets offer several improvements over their predecessor the Motorola Moto E, including a larger display, battery, and twice the built-in storage. 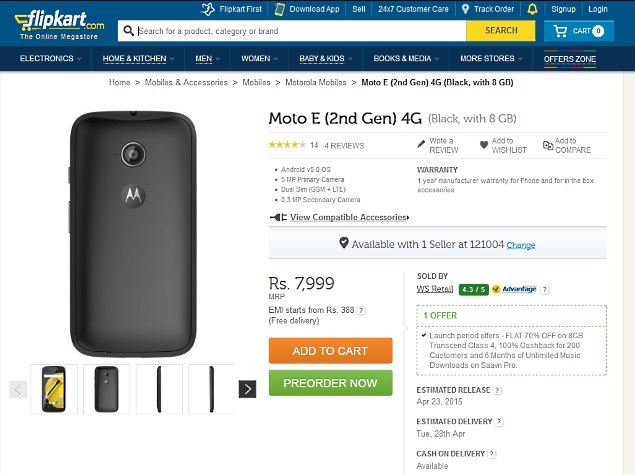 Upfront, both smartphones - the Moto E (Gen 2) and Moto E (Gen 2) 4G - feature a 4.5-inch qHD (540x960 pixel) display with a pixel density of 245ppi, and Corning Gorilla Glass 3 protection along with anti-smudge coating. Both variants pack a 5-megapixel rear camera, and this time Motorola has included the much-lamented front camera onboard, in the form of a VGA (0.3-megapixel) sensor. The 8GB of built-in storage on both Moto E (Gen 2) handsets can be expanded via microSD card (up to 32GB).

Users can pre-order both the Black and White - coloured Moto E (Gen 2) 4G from Flipkart.