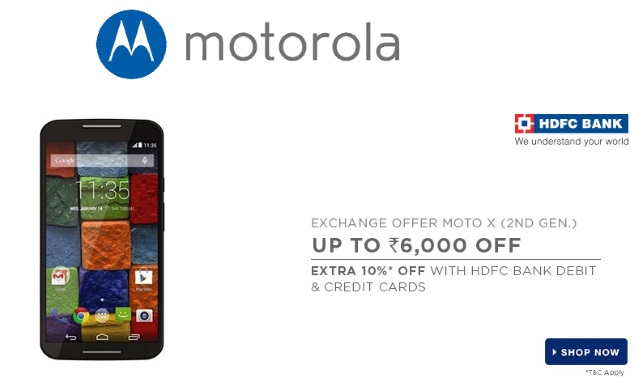 For those considering exchanging existing phone for a second-generation Moto G or Moto X, this might be the right time.

Flipkart, the exclusive online retail partner of Motorola, has introduced a new 'exchange your old phone' offer under which customers can get up to Rs. 4,000 and up to Rs. 6,000 discounts on the purchase of the Moto G (Gen 2) and Moto X (Gen 2) smartphones respectively, in exchange for select phones. The exchange offer will be available for consumers in the period between January 19 to January 23, 2015.

Consumers can check their old phone's eligibility on the listing page on Flipkart. The online retailer also notes that consumers will be charged Rs. 50 for picking up the old phone, which would differ according to the location. Flipkart has laid a few conditions for the 'exchange your old phone' offer for the second-generation Moto G and Moto X - most importantly, the old phone that you wish to exchange should be in a working condition.