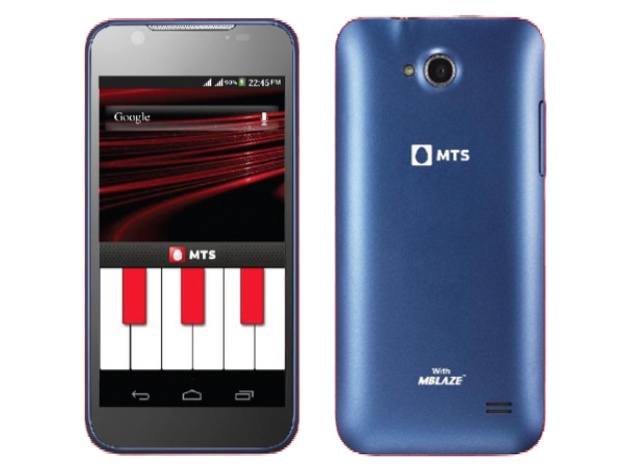 The MTS Blaze 4.5 has been listed at an online retailer in India, priced at Rs. 9,999. The dual-SIM (CDMA+GSM) smartphone has not yet been announced by MTS however.

It runs on a 1.2GHz quad-core Qualcomm Snapdragon S4 processor paired with 1GB of RAM. The MTS Blaze 4.5 additionally includes a 5-megapixel rear and a VGA resolution front-facing camera. The smartphone also features 4GB of inbuilt storage that can be expanded up to 32GB via microSD card.

Additionally, it has been mentioned that MTS would be offering 100,000MB of bundled data for one year with the Blaze 4.5. The MTS Blaze 4.5 has been listed on the Think Of Us retail website.

Last month, MTS partnered with Micromax and came out with Canvas Blaze HD. Notably, the Micromax Canvas Blaze HD (EG116) is the successor to the Canvas Blaze which was launched in partnership with telecom service provider MTS in December last year.