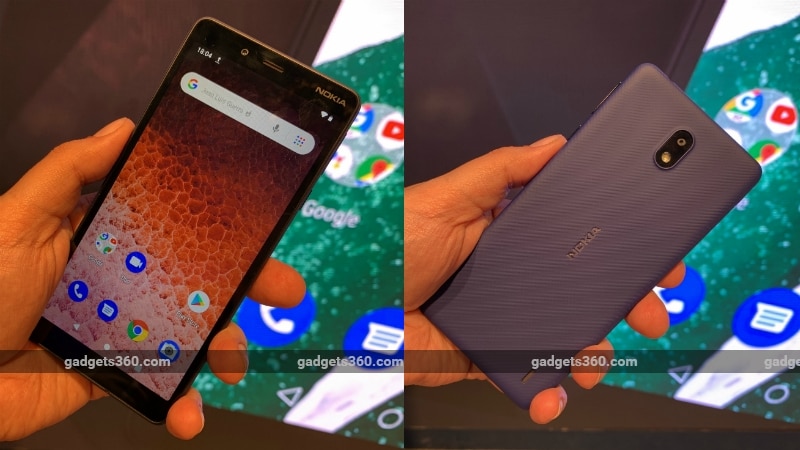 Google announced Android 10 (Go edition) earlier this week, and now HMD Global has released the roadmap of the new software rollout for its compatible phones. HMD Global CPO Juho Sarvikas has now confirmed that the Nokia 1 Plus will be the first in its portfolio, to receive Android 10 (Go edition). It will be followed by Nokia 1 and Nokia 2.1 phones that will also get Android 10 (Go Edition) soon after. The rollouts for all the phones mentioned above will begin next year.

Sarvikas confirmed in a tweet that the Nokia 1 Plus will get Android 10 (Go edition) sometime in Q1 2020. The Nokia 1 Plus was unveiled at MWC 2019 earlier this year, and key features include 5.45-inch FWVGA IPS display, quad-core MediaTek MT6739WW SoC, and an 8-megapixel camera.

The Nokia 1 and Nokia 2.1 will also get Android 10 (Go edition) update, but this won't rollout until Q2 2020. Both these phones were launched last year with Android Oreo (Go edition) out-of-the-box. The exact dates of rollout haven't been mentioned, and it may vary depending on region and operator clearances.

As mentioned, Google unveiled Android 10 (Go edition) for entry-level phones just a day ago. It brings along a new encryption format called Adiantum for better security, faster app switching, and unique features and apps such as read-out-loud for listening to long-form text content, Lens in Google Go app, YouTube Go, and Gallery Go. The tech giant claims that the app launch speed has gone up by 10 percent with Android 10 (Go edition).