The Nothing Phone 1 launch event will take place at 8.30pm IST on July 12. 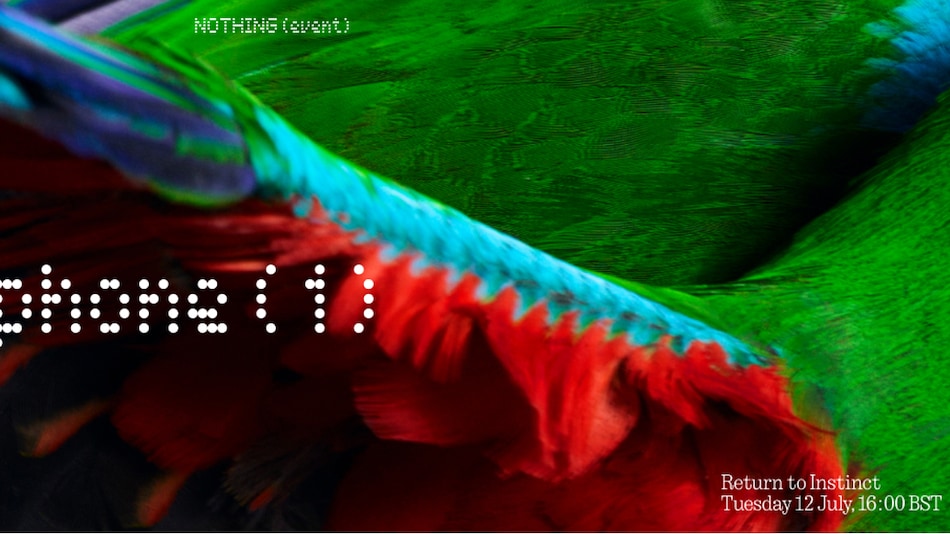 Nothing Phone 1 will support wireless charging

Nothing Phone 1 launch date has been set for July 12, the company confirmed on Wednesday. The first smartphone from the UK brand led by OnePlus co-founder Carl Pei will be launched in London through a virtual event and will be livestreamed via the company's official channels. The Nothing Phone 1 is teased to have a transparent back showing internal components and will support wireless charging. The handset will go on sale via Flipkart in India. The smartphone will run on Nothing OS based on Android and will be powered by Qualcomm's Snapdragon SoC.

The Nothing Phone 1 will be launched on July 12. The virtual event called 'Return to Instinct' by Nothing will begin at 8.30pm IST and will be livestreamed via its official YouTube channel.

Interested users can now sign up to get notifications about the event on Nothing's website. The brand has also sent media invites for the launch. However, the price details of the upcoming phone are not known at this moment.

Meanwhile, known tipster Yogesh Brar (@heyitsyogesh) via a tweet suggested that the phone will be produced locally and that could control the costs. As per the leak, the production of the Nothing Phone 1 is expected to begin soon.

Ahead of the launch, the UK-based electronics brand has revealed several details about its first smartphone. Most recently, an internal report from the company announced that the Nothing Phone 1 will have a transparent design like the Nothing Ear 1 truly wireless earbuds. The smartphone will be powered by a Qualcomm's Snapdragon SoC. It is confirmed to run on Nothing OS based on Android. Nothing Phone 1 will go on sale via Flipkart in India. The e-commerce website created a dedicated landing page to tease the launch of Nothing Phone 1.

Specifications of Nothing Phone 1 have leaked multiple times in the past. It is said to feature a 6.55-inch OLED display with 1,080x2,400 pixels resolution. The display panel is expected to have flat edges as well.