OnePlus 10 Ultra could be powered by a Snapdragon 8 Gen 1+ SoC. 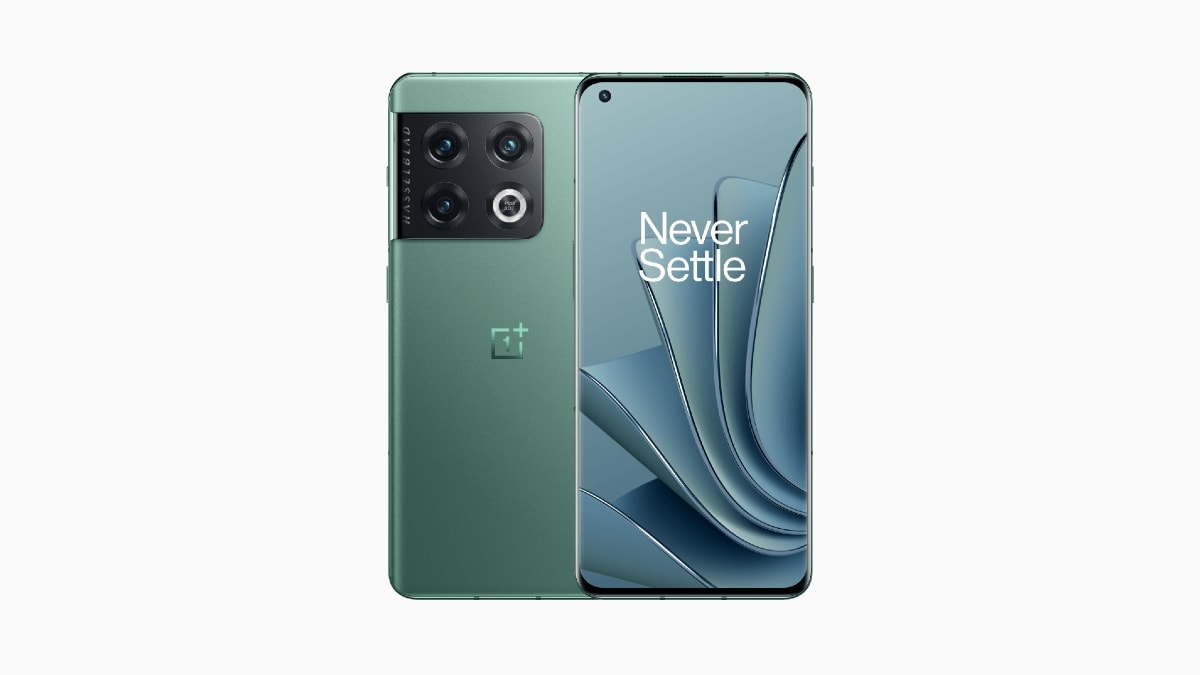 OnePlus 10 Ultra — the company's rumoured flagship smartphone — design has surfaced online. OnePlus has reportedly submitted a patent filing for a premium device to China's CNIPA patent authority. Spotted by IT Home, the patent also includes several drawings of the handset. The drawings reportedly show a smartphone with a rear camera bump design that resembles the OnePlus 10 Pro. It also appears to sport a periscope camera. The illustrations also show an alert slider. This could be a patent for the upcoming OnePlus 10 Ultra, according to the report.

A recent patent filing purportedly submitted by OnePlus for a premium device to CNIPA has been spotted by IT Home, which could be the rumoured OnePlus 10 Ultra. A variety of drawings were also spotted that point to a handset with a rear camera bump design that bears a resemblance to the OnePlus 10 Pro. A report earlier this year had also suggested that the upcoming smartphone will be equipped with a periscope lens, basing the speculation off alleged patent drawings filed in September.

The report also points out that the rectangular cutout below the circular lenses suggests that the phone will be equipped with a periscope camera. The drawings also showed an alert slider which is said to be an indication that the patent submission was indeed for a premium handset.

Earlier this year, a report had also suggested that the upcoming smartphone will feature a periscope lens, basing the speculation off alleged patent drawings filed in September.

The upcoming flagship smartphone was also said to sport a secondary screen within the camera module. Another report in May indicated that the OnePlus 10 Ultra could be powered by a Snapdragon 8 Gen 1+ SoC and feature updated cameras.