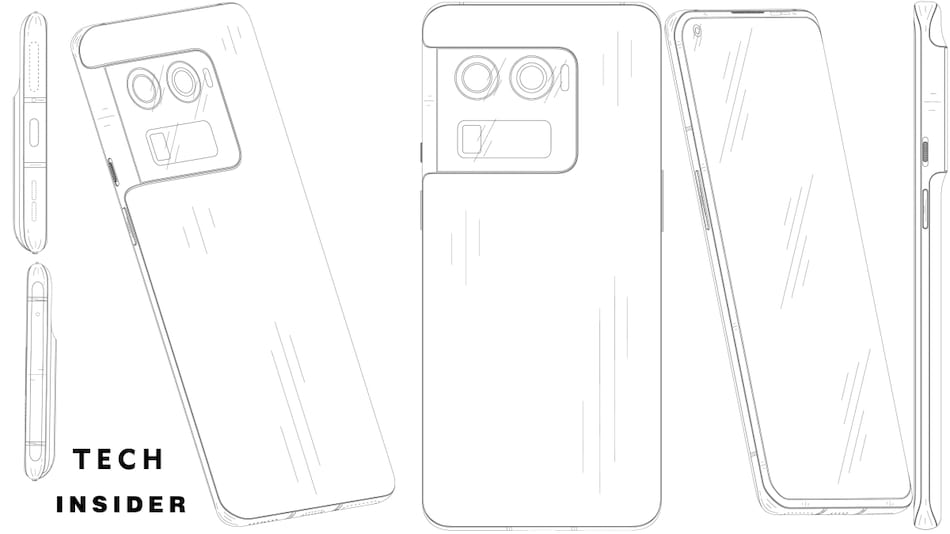 OnePlus 10 Ultra will reportedly launch sometime this year. A fresh report suggests that the upcoming smartphone will get a periscope lens, basing the speculation off alleged patent drawings filed in September. The upcoming flagship smartphone is said to sport a secondary screen within the camera module. OnePlus 10 Ultra is also said to be powered by MediaTek Dimensity 9000 SoC, similar to the upcoming OnePlus 10R. Last month, OnePlus 10 Ultra was tipped to be in the engineering verification testing (EVT) phase signifying that it may launch soon.

As reported by MyDrivers, tipster TechInsider (@TechInsiderBlog) shared some alleged patent drawings — filed in September 2021 — of a smartphone with a different design than the OnePlus 10 Pro, and it's now being speculated it may be the upcoming OnePlus 10 Ultra. As per the report, the third sensor in the rear camera module will be a periscope lens — placed beneath the two primary rear sensors.

The report also mentions that OnePlus 10 Ultra may get a secondary display next to the periscope lens. It appears to be too small to display selfies — like on Xiaomi 11 Ultra — but it is speculated to have other users. It is also possible that it may not be a secondary display since the drawings are not very detailed. As per the drawings, the rest of the design of OnePlus 10 Ultra is quite similar to OnePlus 10 Pro.

The alleged patent drawings show the OnePlus smartphone with a curved display that has a hole-punch cutout on the top left corner and seemingly thin bezels. On the right spine, it is shown with an alert slider and a power button. The left seemingly houses the volume rocker. The bottom of the smartphone is shown with two speaker grilles and a USB Type-C port. The company has yet to announce any details about the OnePlus 10 Ultra, and we recommend readers take leaked patent drawings with a pinch of salt.