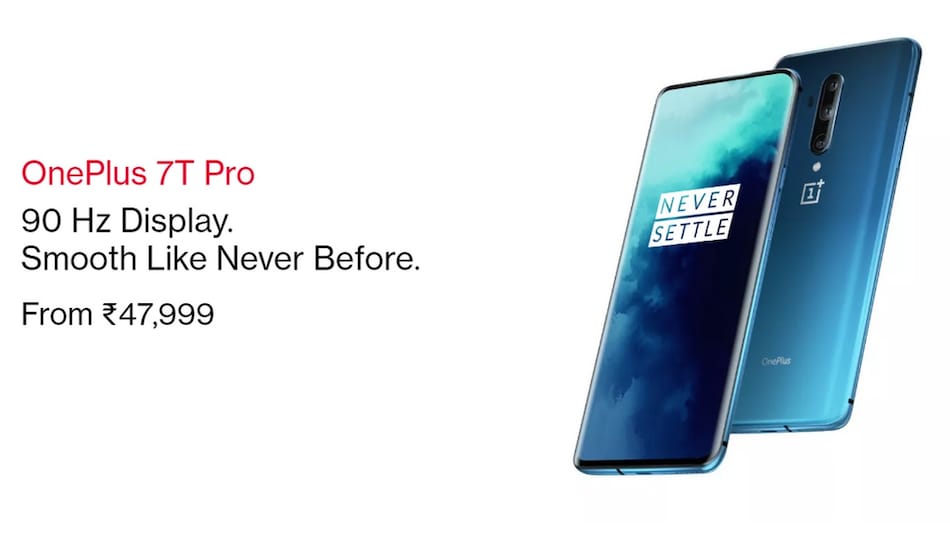 OnePlus 7T Pro is powered by the Snapdragon 855 SoC

Speaking on the price cut, Vikas Agarwal, General Manager, OnePlus India, said, “We have been overwhelmed with the love that the community has shown towards the brand and towards our 7 and 7T series flagships. The devices have witnessed tremendous success globally and the OnePlus 7T Pro has won the coveted GSMA award for Best Smartphone of 2019. Owing to the success that we have witnessed, we have decided to absorb the 18 percent GST and not pass the additional cost to the users.”

Additionally, OnePlus also announced that it has partnered with Bajaj Finance to offer the OnePlus 7 Pro and OnePlus 7T Series “at one-third of the value, while paying the remaining amount at low monthly instalments over the course of 12 months.” On Amazon, the OnePlus 7 Pro and 7T Series are available for purchase with 12 months of no-cost EMI option as well.