The OxygenOS 11_A.05 update also brings the February security patches to the OnePlus 9RT. 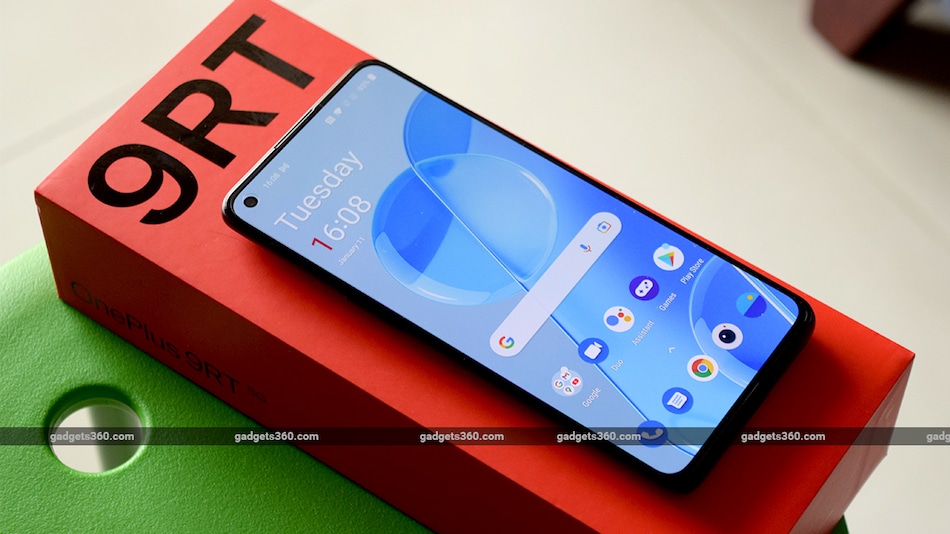 OnePlus 9RT is receiving an update to OxygenOS 11_A.05, along with several bug fixes and improvements to the operating system. The update was released earlier this week and is currently rolling out to devices in India and other countries. As part of the latest OxygenOS system update, OnePlus has fixed freezing issues with the Gallery and Clock apps, and while making calls on Instagram. The latest update for the OnePlus 9RT also brings the February security patches, according to OnePlus.

The update to OxygenOS 11_A.05 for the OnePlus 9RT was recently announced on OnePlus forums. The update size stands at 179MB and bears the firmware version MT2111_11_A.05. According to OnePlus, the latest update resolves an issue that caused the Gallery app to freeze while sharing images, while optimising the time for syncing photos. Making video calls on Instagram should no longer cause the app to freeze, after updating to the latest release.

As part of the update, OnePlus has also brought several optimisations to the camera app, such as improving the video quality while recording 60fps video with the ultra-wide camera in low light. The company has also fixed issues of missing images clicked with the ultra-wide angle camera in night mode with a tripod, distortion and blurring of some photos, and an issue while recording videos with ultra steady mode and flash enabled.

Other bugs resolved as part of the OxygenOS 11_A.05 update for the OnePlus 9RT include display issues while checking for updates in administrator mode and a bug that would keep the display on after setting the auto screen off time. OnePlus has also resolved a bug that affected the Clock app, that would cause it to stop responding after switching to dark mode on the world clock page, along with a bug that would cause alarms to be incorrectly restored.

Users who haven't received a notification yet can manually check for the update by heading to Settings > System > System updates. It is advised to update the OnePlus 9RT while it is put on charge and connected to a stable Wi-Fi network.

The OnePlus 9RT was launched in January in India and runs on Android 11, while offering dual-SIM (Nano) connectivity. The smartphone sports a 6.62-inch full-HD+ (1,080x2,400 pixels) Samsung E4 AMOLED display, with a refresh rate of 120Hz. The OnePlus 9RT is powered by an octa-core Qualcomm Snapdragon 888 SoC, paired with up to 12GB of LPDDR5 RAM. The smartphone is equipped with a triple rear camera setup, featuring a 50-megapixel Sony IMX766 primary camera with an f/1.8 lens. It sports a 16-megapixel Sony IMX471 selfie camera on the front. The smartphone runs on a 4,500mAh battery and offers support for 65W Warp Charge 65T fast charging support over USB Type-C. The smartphone is scheduled to receive the Android 12 update by April, according to OnePlus.

CNN+ Streaming Service Confirmed to Launch This Spring in US: Price, What to Expect
Ukraine Now Accepts Crypto Donations in Dogecoin, Calls on Elon Musk for More Support