Oppo's 125W Fast Charging Technology to Be Unveiled on July 15

Oppo was earlier rumoured to launch 80W fast charging technology called SuperVOOC 3.0 but it seems like the company is taking it a step further. 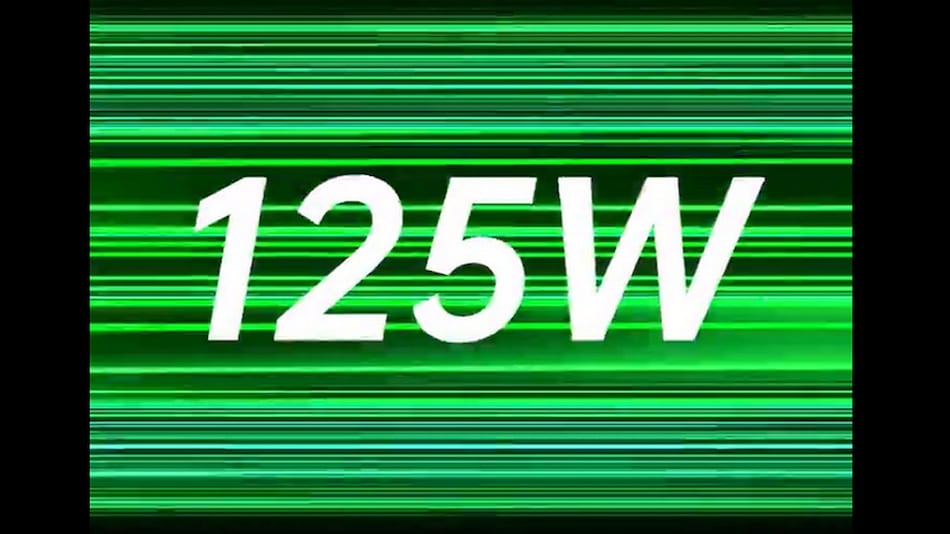 125W should charge faster than one-third of 4,000mAh+ battery in 3 minutes

The tweet with hashtag ##FlashForward, shared by Oppo, comes with a short video clip that shows the number go up from 65W to 125W and the date, July 15. There were no other details mentioned in the clip such as if the charging technology will be showed off with a new phone or if it will be a standalone unveiling. However, a recent leak suggested that Realme is working on 120W fast charging tech as well, which is said to be called Ultra Dart fast charging. It was tipped that this tech could charge one-third of a 4,000mAh+ battery in just three minutes. Thus, similar or even faster performance can be expected from Oppo's 125W fast charging technology.

Oppo introduced 65W fast charging in October last year with its Oppo Reno Ace and is currently the highest in the industry. Realme X50 Pro also comes with 65W fast charging, along with a few other Oppo phones.