Amazon India has published a dedicated page teasing the arrival of a new A-series phone from Oppo. 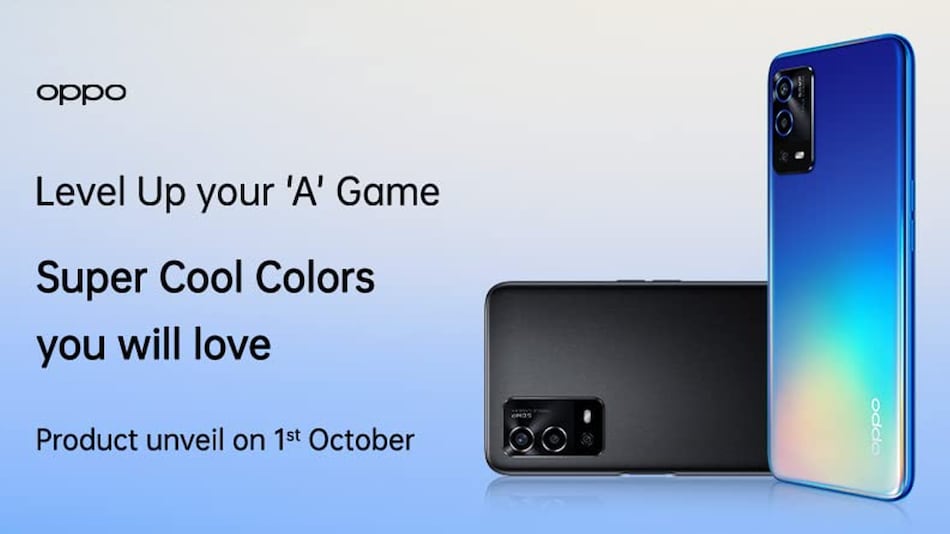 Oppo has started teasing the arrival of a new A-series smartphone in India, with a dedicated page on the Amazon site as part of the teaser for its annual Great Indian Festival sale. Oppo has confirmed that the A-series smartphone will launch in India on October 1. In the past, it was reported that the Oppo A55 4G will launch in India in late September, and this A-series phone teaser could likely just be about the same phone. The Oppo A55 5G smartphone was unveiled in January this year and the Indian market is likely to get the 4G option. Oppo has teased camera specifications and colour options of the Oppo A55 4G option.

Amazon India has published a dedicated page on its website to tease the arrival of the Oppo A-series phone in the Indian market, as a part of the Festive Launches section of it's Great Indian Festival teaser page. The teaser banner confirms that the Oppo A-series smartphone will launch on October 1 at 12pm (noon).

This also confirms its e-commerce availability when it launches. The teaser poster confirms that the upcoming phone will have a triple camera setup at the back with a 50-megapixel main camera. There will also be two additional 2-megapixel bokeh and macro lenses integrated at the back. The phone is also teased to come in two colour options – Rainbow Blue and Starry Black.

Previous reports suggest that the Oppo A55 4G model was likely to launch in late September, and this could be the same model that the company is teasing on Amazon. Of course, this is speculation and Oppo could well be launching a completely different A-series product on October 1.

If the company does unveil the Oppo A55 4G variant, it will be very different than the 5G model in China. For instance the Chinese 5G option has a triple rear camera setup at the back but it features a 13-megapixel main camera. Its back camera module design is also very different than what has been teased on Amazon. The teaser on Amazon also confirms that the upcoming A-series phone from Oppo will feature a side-mounted fingerprint sensor.

HUAWEI MateBook 14: Five Reasons Why It's the Perfect Laptop for You