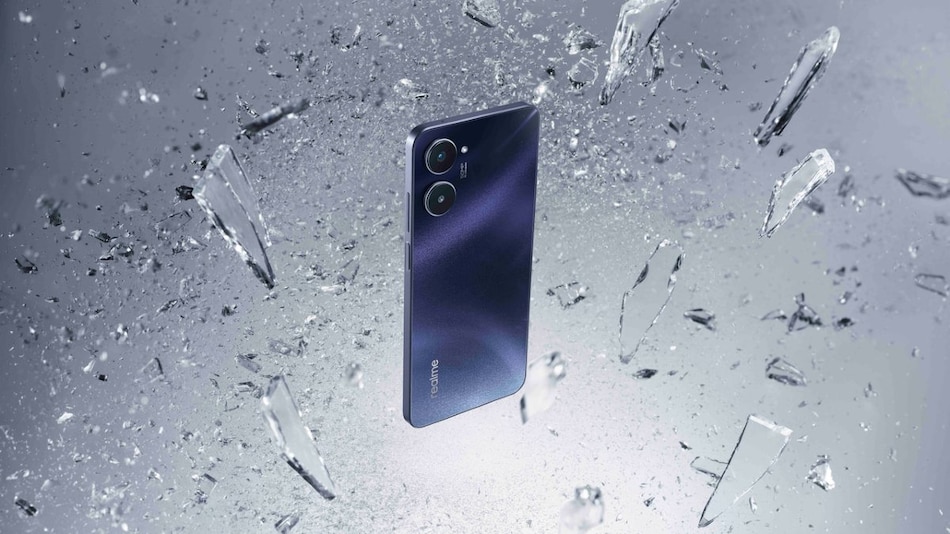 Realme 10 4G was recently revealed to come in Clash White colour. The company has now shared a new detail, announcing that this smartphone will also arrive in Rush Black colour. The posted teaser image once again offers a glimpse at the rear panel of the handset which sports a dual camera setup. Realme has confirmed that this handset will debut on November 9. The Shenzhen company has also confirmed that this smartphone is powered by a MediaTek Helio G99 SoC and features a Super AMOLED display.

Realme tweeted on Friday revealing the Realme 10 4G in Rush Black colour. The image also suggests that this smartphone will sport the power button and volume rockers on the right side. It also showcases the dual-rear camera setup with LED flash.

#realme Rush Black, the kinda energy that powers up your Friday! Drop 🖤 if you can relate. #SweepThroughtheCompetition pic.twitter.com/RZuCKHrWnd

The company has confirmed that this smartphone will be launched on November 9. The smartphone has also been listed on the Realme Indonesia site ahead of launch. This listing has revealed the complete specifications of this upcoming handset.

The Realme 10 4G sports a full-HD+ (1,080x2,400 pixels) Super AMOLED display with a 90Hz refresh rate. The display gets a hole-punch slot in the top left corner for housing the selfie camera. As previously mentioned, this Realme smartphone is powered by a MediaTek Helio G99 SoC. It gets 8GB of onboard RAM and up to 8GB of Dynamic RAM.

It features a 50-megapixel dual rear camera setup and a 16-megapixel front camera. The Realme 10 4G runs on Android 12 with Realme UI 3.0 skin on top. It is also equipped with UltraBoom speakers with Hi-Res audio quality support. The smartphone features a 5,000mAh battery with 33W SuperVOOC fast charging support. Its battery can last for up to 21 hours of video streaming, the company claims.

Featured video of the day
Sponsored: How Teaching Smartphone Photography Became a Career