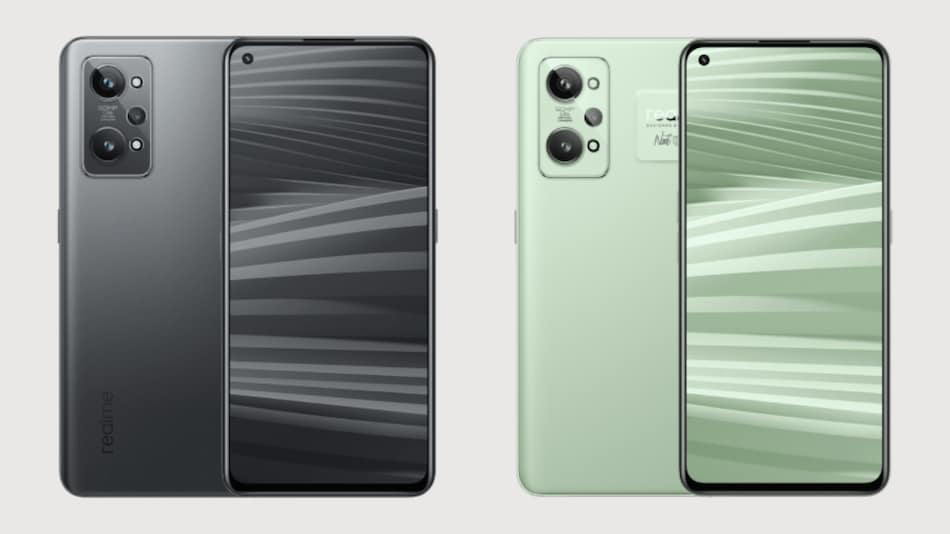 Realme GT 2 global and Indian variants have reportedly been spotted on Google Play Console and Play Supported Devices lists. This implies that the handset will be making a debut in multiple markets — including India — soon. Realme launched Realme GT and Realme GT Pro in China last week. The vanilla Realme GT 2 is powered by a Qualcomm Snapdragon 888 SoC, sports a full-HD+ AMOLED display, and features a 50-megapixel triple camera setup. It runs Android 12-based Realme UI 3.0 skin on top.

As per a report by MySmartPrice, Google Play Supported Device List suggests that the global variant of the Realme GT will have the model number RMX331 and the Indian variant will carry RMX3312 as the model number. Meanwhile, the smartphone's Google Play Console listing reportedly shows the presence of a Qualcomm Snapdragon 888 SoC under the hood. It is paired with 12GB of RAM, which is one of the variants that launched in China.

Realme hasn't officially revealed any information regarding the India launch date of the smartphone.

Realme GT 2 sports a 6.62-inch full-HD+ E4 AMOLED display with a 120Hz refresh rate. It is powered by a Qualcomm Snapdragon 888 SoC, paired with up to 12GB of RAM and up to 256GB of storage. There is a heat dissipation technology with stainless steel vapour cooling. The smartphone packs a 5,000mAh battery with support for 65W charging over a USB Type-C port.

For photography, the Realme GT 2 is equipped with a triple camera setup that is headlined by a 50-megapixel Sony IMX776 primary sensor. There is an 8-megapixel ultra-wide angle camera, and a 2-megapixel macro shooter. On the front is a 16-megapixel camera for selfies and video calling. Connectivity options on the smartphone include Wi-Fi 6, 5G, Bluetooth v5.2, and NFC.