Realme GT Master Edition may come in a special faux leather back variant. 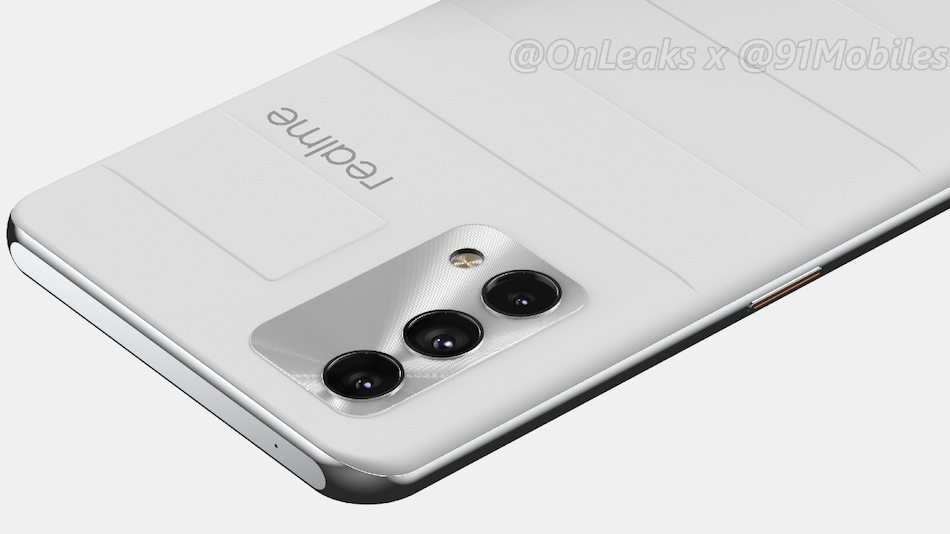 Realme GT Master Edition price, specifications, and design have been revealed in a set of leaked renders. The smartphone is expected to come in three finishes, including a model that has faux leather back with a unique pattern. The phone is said to feature a hole-punch cutout for the selfie camera, a triple rear camera setup and premium looks. Additionally, the handset may come equipped with a Super AMOLED display with 120Hz refresh rate, and 65W fast charging technology. The European prices of the phone have also been tipped alongside.

As per the renders shared by tipster Steve Hemmerstoffer (aka @OnLeaks), in collaboration with 91Mobiles, the Realme GT Master Edition comes in three finishes - Black, White and a special edition that features a faux leather finish with a unique pattern. Reportedly, the third version is designed in collaboration with Japanese designer Naoto Fukusawa. The flagship phone can be seen with an edge-to-edge display with a hole-punch cutout on the top-left corner for a selfie camera. On the back, there is a triple camera setup and a flash in a rectangular module. The phone is seen sporting a USB Type-C port, a 3.5mm headphone jack, and a speaker on the bottom.

Realme GT Master Edition is claimed to run Android 11-based Realme UI 2.0, and may sport a 6.43-inch full-HD+ Super AMOLED display with a 120Hz refresh rate. The phone is claimed to be powered by the Qualcomm Snapdragon 778 5G SoC, which is paired with up to 12GB RAM and 256GB storage. A previous report claimed that the phone could feature a 6.5-inch display with 90Hz refresh rate, and pack the Qualcomm Snapdragon 870 SoC.