Realme X2 Pro was the first phone to receive the VoWiFi calling feature in January. 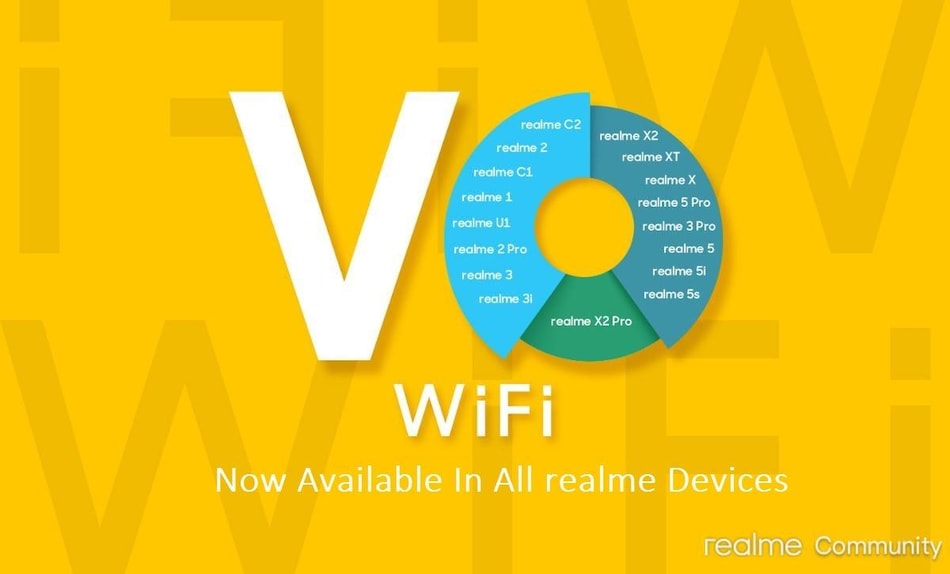 Realme has been introducing Wi-Fi calling support for several of its phones since last month, and now the company has announced that it has completed the feature rollout on all Realme smartphones out there. The entire Realme smartphone portfolio has now received Wi-Fi calling support, the company has announced via a forums post. Realme C2 was one of the last phones to receive Airtel and Jio VoWiFi support, and the March 2020 update has begun rolling out. This means that Realme phone users who have Airtel and Jio SIM cards can avail Wi-Fi calling service moving forward.

On its forums post, Realme notes, “As promised earlier that VoWifi feature will be available to all Realme devices and now we have fulfilled it and have completed the roll-out of VoWiFi calling feature to all existing Realme devices.”

The Realme X2 Pro was the first phone to receive the VoWiFi calling feature in January. Older phones like the Realme C2, on the other hand, were one of the last to receive the update. The feature comes alongside the March 2020 Android security update, and the firmware version for this update is RMX1941EX_11.A.24. The update also brought along swipe gestures from both sides. Realme announced the rollout of this update via a community post as well.

For all those unaware, VoWiFi calling enables users to make calls using a Wi-Fi network. For instance, when a user tries to make outgoing calls in an area where poor cellular connectivity prevails, then the enabled VoWifi SIM uses Wi-Fi to make the calls.

Realme 6 Pro, Realme 6 Get Netflix HD Support in India: All You Need to Know