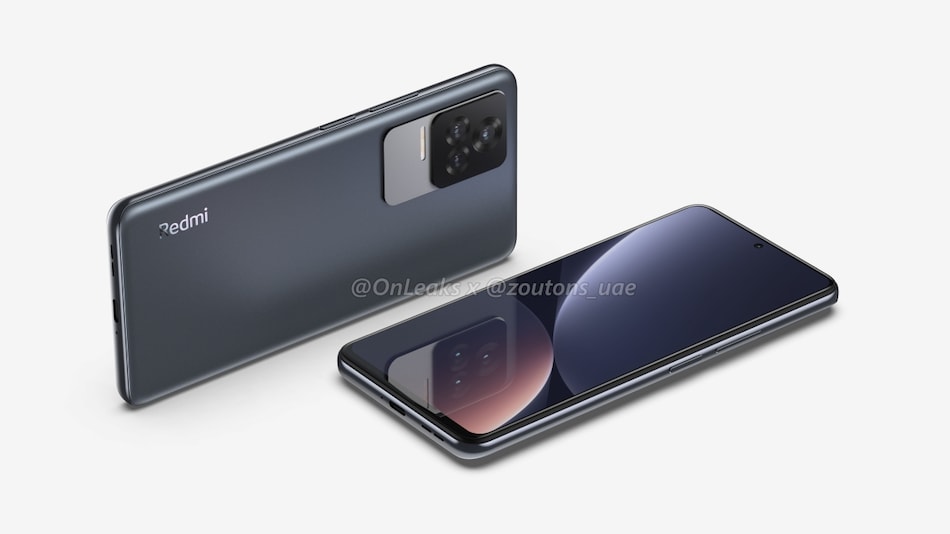 Redmi K50 Pro price, renders, and key specifications have surfaced online ahead of its launch. The renders show the alleged design of the upcoming flagship smartphone from the Xiaomi sub-brand. The design of the Redmi K50 Pro appears to be different to Redmi K50 Gaming Edition, as per the renders. The phone will reportedly sport a 6.6-inch flat display and a triple rear camera setup — headlined by a 64-megapixel primary sensor — in a rectangular camera module.

As per tipster Steve Hemmerstoffer, in collaboration with Zoutons, Redmi K50 Pro is expected to be priced around AED 1,112 (roughly Rs. 22,600) for the base model. The report mentions that Redmi may launch the smartphone around mid-2022.

The report also shares computer-aided design (CAD) renders for Redmi K50 Pro. They show that the smartphone could get a triple rear camera setup housed in a rectangular camera module with an LED flash placed outside it. The front is shown with a flat display with a centrally-placed hole-punch cutout. There are slim bezels on three sides and a slightly thicker chin. The power button and volume rockers are placed on the right spine. The bottom of the phone has a USB Type-C port and a speaker grille, the renders show.

According to the report, Redmi K50 Pro will run Android 12 with MIUI skin on top. It is said to sport a 6.6-inch display. Under the hood, the smartphone is said to feature a Snapdragon 8 Gen 1 SoC paired with at least 6GB of RAM. For optics, the Redmi flagship will reportedly get a triple rear camera setup headlined by a 64-megapixel primary sensor.

Redmi K50 Pro is said to come with 128GB or 256GB storage variants. The report doesn't mention the connectivity options and onboard sensors for Redmi K50 Pro. However, it is safe to assume that the smartphone will get 5G connectivity, based on the SoC it is said to feature. The phone is tipped to pack a 4,700mAh battery with 120W fast charging support. The handset is said to measure 163.2x76.2x8.7mm with its thickness increasing to 11.4mm with the camera bump, as per the report.