Redmi Note 11S price in India and specifications were officially unveiled on February 9. 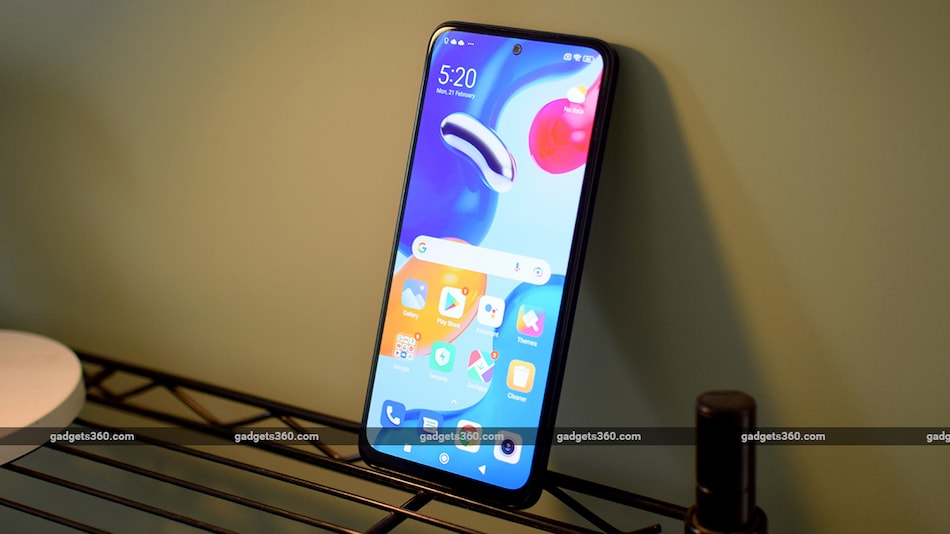 Xiaomi's smartphone portfolio is a bit confusing at the moment, as the company continues to launch new phones at a rapid pace. The latest additions include the Redmi Note 11 and the Redmi Note 11S which  fill out a new Redmi 11 generation. We don't yet have new Pro or Pro Max models in this new series to replace the wildly popular Redmi Note 10 Pro (Review) at its price level, but the new Redmi Note 11S, which we'll be looking at today, could offer what you're looking for but at a lower price.

The Redmi Note 11S is a 4G-only smartphone and its crowning feature is its 108-megapixel main camera. It's worth noting that Xiaomi has managed to offer this at a very aggressive starting price of just Rs. 16,499. The rest of the Redmi Note 11S's features are also in line with what one would expect from a phone in this segment in 2022. While there's still a lot of testing to be done before our full review is ready, here's a quick first look at what makes the Redmi Note 11S tick.

Xiaomi has played it a bit too safe with design, in my opinion. The Redmi Note 11S has very forgettable aesthetics. The blue and white colour options might stand out more, but the black unit that I received looks quite dull. I'm all for matte finishes on phones since this would generally be more resistant to fingerprints, but smudges and dust are easily visible on the Redmi Note 11S's back panel. The entire body is built using plastic, but feels well put-together. Xiaomi has kept the headphone jack which is nice and has even thrown in an IR emitter, as usual.

The 6.43-inch full-HD+ AMOLED display on the Redmi Note 11S is a step up from the LCD panel on the Note 11T 5G. It has a 90Hz refresh rate and has a claimed peak brightness of up to 1,000nits. The advantages of an OLED panel, such as deep backs and a wider colour gamut, should result in a much better video watching experience. This phone also has stereo speakers, which has now become a staple feature of most Redmi smartphones.

The Redmi Note 11S is powered by the MediaTek Helio G96 SoC, which we've seen in phones such as the Realme 8i (Review) and is also expected to power the upcoming Realme Narzo 50. It's built on a comparatively older 12nm fabrication process, so on paper, it's not as power-efficient as recent Dimensity SoCs from MediaTek or even the Qualcomm Snapdragon 732G which powered the Redmi Note 10 Pro. It's a decently powerful SoC nonetheless, and we'll be testing its performance in the full review.

The ring around the front camera of the Redmi Note 11S is quite prominent
Photo Credit: Roydon Cerejo

The internal storage is expandable thanks to a dedicated microSD card slot. The Redmi Note 11S has a 5,000mAh battery and supports 33W fast charging. A compatible charger is bundled in the box. There's a side-mounted fingerprint sensor, and an IP53 rating for dust and water resistance. You get MIUI 13 based on Android 11 out of the box.

In the short time I've spent using the Redmi Note 11S so far, I have found it to be well-built and fairly rugged. The bland design is a bit unappealing to me, but if you'll be using a case, this really shouldn't be an issue. My biggest concern though is how the Redmi Note 11S will fit into Xiaomi's existing lineup. We know that the Redmi Note 11 Pro 5G launch is inevitable, as it has already been unveiled globally, and it might just arrive in India rebranded as the Redmi Note 11E. If you're looking for a 4G-only Redmi smartphone, the Redmi Note 10 Pro is still available and offers better features than the Redmi Note 11S.

Having said that, I will reserve my final verdict till after I'm done testing the Redmi Note 11S, so don't forget to check Gadgets 360 soon for the full review.