In early July, Xiaomi had announced that it has managed to ship 15 million units of the Redmi Note 7 series globally. 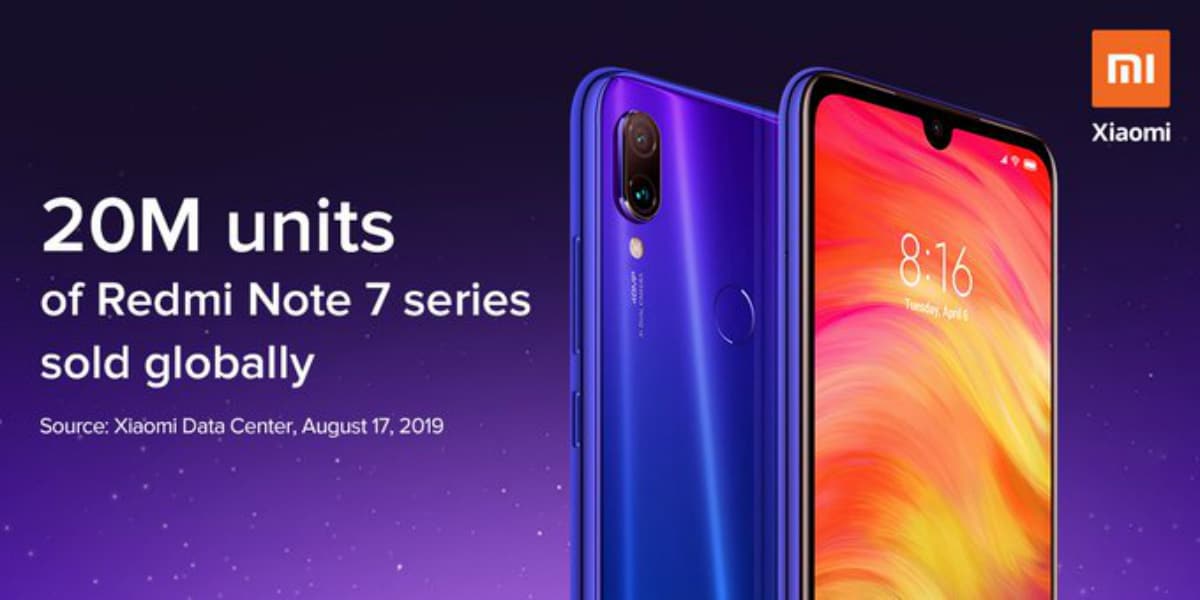 To recall, the Redmi Note 7 series crossed the 1 million sales milestone in India just around a month of hitting the shelves and it surpassed the mark of 2 million units in early May. Furthermore, Xiaomi's Regional Director for Southeast Asia, John Chen had announced in March this year that the Redmi Note 7 Pro has exclusively been launched in India and China only, making this sales milestone an even more commendable feat.

The dual-SIM smartphone runs on MIUI 10 based on Android 9 Pie and sports a 6.3-inch full-HD+ dot-notch display along with an aspect ratio of 19.5:9. There's a Qualcomm Snapdragon 660 SoC under the hood and a 4,000 battery that supports Quick Charge 4.0. There's a dual rear camera setup comprising of a 12-megapixel primary shooter with an aperture of f/2.2, coupled with a 2-megapixel depth-sensor. There's a 13-megapixel sensor at the front for selfies. The Redmi Note 7S is essentially the same smartphone, with one difference - it sports a 48-megapixel primary rear camera instead of a 12-megapixel one.

The phone runs MIUI 10 based on Android 9 Pie and sports a 6.3-inch full-HD+ dot-notch display along with an aspect ratio of 19.5:9. The processor gets a bump in comparison to the Redmi Note 7, as the Note 7 Pro comes with the Qualcomm Snapdragon 675 processor. Battery capacity remains the same at 4,000mAh. In terms of optics, there's a dual camera setup at the rear comprising of a 48-megapixel primary shooter with an aperture of f/1.79, coupled with a 5-megapixel depth sensor. Finally, there's a 13-megapixel camera at the front to take care of your selfie needs.