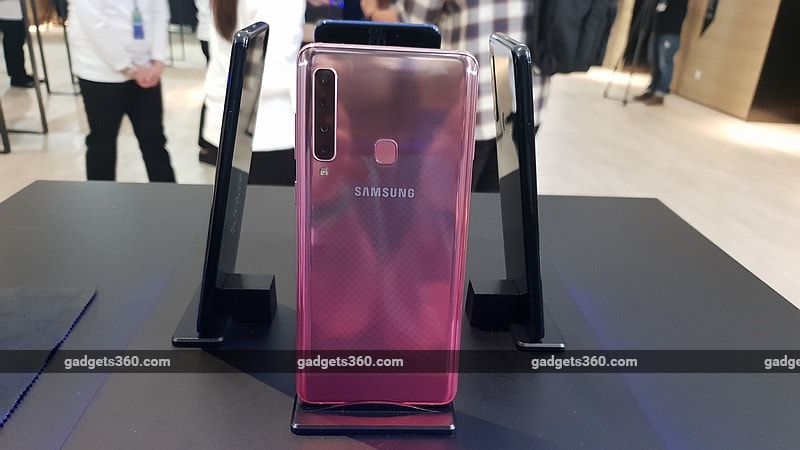 Samsung Galaxy A9 (2018) began at 12.30 pm on November 20. Samsung began the event by talking about its make in India efforts. The smartphone was first unveiled at a Samsung event in Malaysia in October. The Galaxy A9 (2018) has four rear cameras and that's it unique selling point. Samsung has used four different kinds of sensors for the rear cameras and there's a mode that lets you click four pictures at the same time — one from each rear camera. The four cameras are placed in this order from top to bottom -- ultrawide, telephoto, main, and depth. The ultrawide lens is used to capture more objects in the frame. Samsung says its ultrawide camera can fit much more detail in panorama shots as well as regular photos. The Samsung Galaxy A9 (2018) supports Dolby Atmos audio as well. The Galaxy A9 (2018) has a premium build and comes in three colour variants -- black, blue, and pink.