Samsung Galaxy S4 will soon carry the 'Made in India' tag 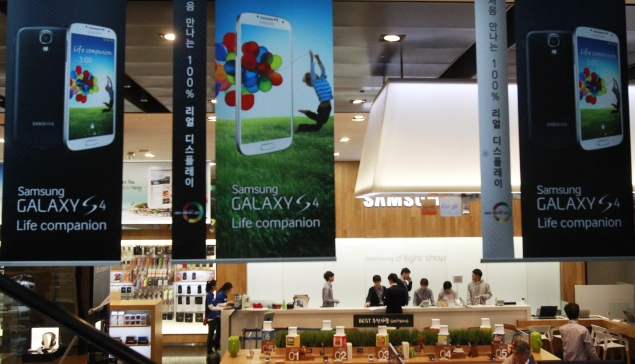 He, however, refused to share any time frame by when the production will start. The Noida facility is manufacturing about 35-40 million phones annually, including 12 smartphones such as Galaxy S3.

Sensing huge demand for Galaxy S4, the company is also looking to double up the high-end smartphone (above Rs. 20,000) market size in India, which is currently contributing around 10-12 per cent of the overall smartphone market.

Although Samsung is the market leader in smartphone market in India, competition from Apple, BlackBerry and Nokia has put pressure on it to add new software features to maintain its lead.

According to research firm IDC, the overall mobile phone market in India reached about 218 million units in 2012, growing 16 percent year-on-year.

Of this, 16.3 million units were smartphones, but the category saw a growth of about 48 percent. Samsung was the leader in the quadcore and 5-inch plus screen size models, IDC added.

The demand for smartphones is expected to be around 34-36 million units this year.